The Politics of Disimagination and the Pathologies of Power

“The imaginary of war and violence informs every aspect of American society and extends from the celebration of a warrior culture in mainstream media to the use of universities to educate students in the logic of the national security state.”
By Henry A Giroux, Truthout | News Analysis  Wednesday, 27 February 2013 00:00 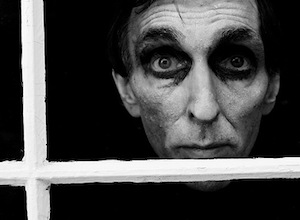 DerrickT (CC BY 2.0)
Photo via truthdig.com

You write in order to change the world knowing perfectly well that you probably can’t, but also knowing that [writing] is indispensable to the world. The world changes according to the way people see it, and if you alter even by a millimeter the way people look at reality, then you can  change it.” — James Baldwin

Our culture has militarized considerably since Eisenhower’s era, and civilians, not the armed services, have been the principal cause. From lawmakers’ constant use of “support our troops” to justify defense spending, to TV programs and video games like “NCIS,” “Homeland”and “Call of Duty,” to NBC’s shameful and unreal reality show “Stars Earn Stripes,” Americans are subjected to a daily diet of stories that valorize the military while the storytellers pursue their own opportunistic political and commercial agendas.[18]

This Manifesto looks forward to the creation of a new political Left formation that can overcome fragmentation, and provide a solid basis for many-side interventions in the current economic, political and social crises that afflict people in all walks of life. The Left must once again offer to young people, people of color, women, workers, activists, intellectuals and newly-arrived immigrants places to learn how the capitalist system works in all of its forms of exploitation whether personal, political, or economic. We need to reconstruct a platform to oppose Capital. It must ask in this moment of US global hegemony what are the alternatives to its cruel power over our lives, and those of large portions of the world’s peoples. And the Left formation is needed to offer proposals on how to rebuild a militant, democratic labor movement, strengthen and transform the social movements; and, more generally, provide the opportunity to obtain a broad education that is denied to them by official institutions. We need a political formation dedicated to the proposition that radical theory and practice are inextricably linked, that knowledge without action is impotent, but action without knowledge is blind.[29]

Henry A. Giroux currently holds the Global TV Network Chair Professorship at McMaster University in the English and Cultural Studies Department. His most recent books include: Youth in a Suspect Society (Palgrave, 2009); Politics After Hope: Obama and the Crisis of Youth, Race, and Democracy (Paradigm, 2010); Hearts of Darkness: Torturing Children in the War on Terror (Paradigm, 2010); The Mouse that Roared: Disney and the End of Innocence (co-authored with Grace Pollock, Rowman and Littlefield, 2010); Zombie Politics and Culture in the Age of Casino Capitalism (Peter Lang, 2011); Henry Giroux on Critical Pedagogy (Continuum, 2011). His newest books:   Education and the Crisis of Public Values (Peter Lang) and Twilight of the Social: Resurgent Publics in the Age of Disposability (Paradigm Publishers) will be published in 2012). Giroux is also a member of Truthout’s Board of Directors. His web site is www.henryagiroux.com.

To read more articles by Henry Giroux and other authors in the Public Intellectual Project, click here.
Henry A. Giroux | Beyond the Politics of the Big Lie: The Education Deficit and the New Authoritarianism

By Henry A Giroux, Truthout | Op-Ed
Donate
By Rise Up TimesPublished On: February 28th, 2013Comments Off on Henry Giroux> The Politics of Disimagination and the Pathologies of Power