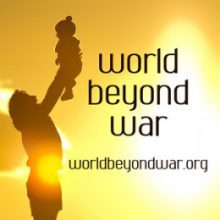 David Swanson: Militarism Is a Public Safety Crisis in Ferguson and Beyond

“There is a no-fly-zone over Ferguson, Mo., because people in the U.S. government, from which local police forces take their cues, view the people of the United States increasingly as they view the people of other countries: as best controlled from the air.”    By DAVID SWANSON  counterpunch.org  August 19, 2014 Peace and justice organizations in St. […]

Frances Moore Lappe> Could Our Deepest Fears Hold the Key to Ending Violence?

Feelings of fear and powerlessness are driving the cycle of violence that surrounds us. To change that, we need to recognize that we need each other to thrive as individuals. by Frances Moore Lappé  posted Apr 18, 2013  yesmagazine.org Photo by Paul Nicholson. In his book Violence, psychologist James Gilligan asked a Massachusetts prison inmate, “What do you want […]

Steve Clemens has returned to Iraq. The last time he visited was 10 years ago.  Here are his experiences and impressions. The links to Steve’s blog are below.  Rather than publish the articles, I have included links to his blog for all.  Photos are included in these articles on Mennonista. Back in Iraq  Day One: Back in […]

Steve Clemens has returned to Iraq. The last time he visited was 10 years ago.  Here are his experiences and impressions. The links to Steve’s blog are below.  Rather than publish the articles, I have included links to his blog for the four he has written so far.  Photos are included in these articles on Mennonista. […]

December 12, 2011 · by Rise Up Times · in nonviolent action, Spirituality · Leave a comment

Good News in Taxing Times    Carol Masters      WAMM Newsletter The curious case of the Community of St. Martin. While most people are complaining about the price of gas, this community is actually taxing itself for driving. But why? Carol Masters explains this, and another effort her community is making with a focus […]

Luke Wilcox:  Report from Iraq Luke Wilcox is Development and Communications Director with the Iraq American Reconciliation Project (IARP). For the last 5 weeks, I’ve lived and worked with the Muslim Peacemaker Teams and my host, Sami Rasouli. Tomorrow I fly back to Minneapolis. It has been an eye-opening and life-changing experience. The many Iraqis […]

July 5, 2011 · by Rise Up Times · in Globalization/Empire, Military Madness · Leave a comment

Why Women Need to Be Part of the Peace Process by Theresa de Langis   Originally published on Tuesday, July 5, 2011 by Waging Nonviolence.  From CommonDreams.org What is wrong with this picture? After all, it looks like a typical photo of world leaders making decisions for their countries. That is precisely the problem. What’s wrong is the […]

Our Afghan War: Immoral, Ilegal, Ineffective… and It Costs Too Much

July 5, 2011 · by Rise Up Times · in Globalization/Empire, Military Madness · Leave a comment

Our Afghan War: Immoral, Ilegal, Ineffective… and It Costs Too Much by Leah Bolger    Published on Monday, July 4, 2011    CommonDreams.org The Afghanistan War.  War itself is inherently immoral, but especially so when the fight is not between two state-sponsored militaries, but rather between a military superpower and a third-world country with 70% of […]

From Spain: People and Power: The Indignants, a video

July 5, 2011 · by Rise Up Times · in Corporatism/Capitalism, Globalization/Empire, Human Rights · Leave a comment

People and Power: The Indignants Why Spain’s young people took to the streets in protest at the economic crisis gripping their country. [And were joined by Spanish citizens of all ages and backgrounds.] Posted on english.aljazeera.net Demonstrations, marches, rallies. For months now hundreds of thousands of Europeans have been expressing their anger at government imposed austerity measures.  Recently […]

July 1, 2011 · by Rise Up Times · in Corporatism/Capitalism, Globalization/Empire, Human Rights · Leave a comment

Immigration Reform: Just a Dream? by Rose Grengs     WAMM Newsletter June 2011 Every first Sunday of the month a group of supporters, sponsored by the Interfaith Coalition on Immigration, gather in front of the Ramsey County Detention Center, just east of downtown St. Paul, to hold a vigil of support for the detained immigrants inside. […]

June 23, 2011 · by Rise Up Times · in Globalization/Empire, Military Madness · Leave a comment

On “Humanitarian” Military Intervention by Anne Winkler-Morey     WAMM Newsletter June 2011 Based on a speech given May 4, 2011, at a forum sponsored by May Day Bookstore at the University of Minnesota. Elites who benefit from war don’t fight them, and those men and women who do, would never pick up a gun to protect […]

US Routinely Violates Human Rights, Constitutional Guarantees of Undocumented Workers Submitted by BuzzFlash on Fri, 06/17/2011 – 1:52pm. VALERIE BURCH FOR BUZZFLASH AT TRUTHOUT     truthout.org Mohammed Uddin lived in New York City for 15 out of his 41 years. Back in Bangladesh, he wouldn’t be able to get the life-sustaining heart medication he takes […]

A message from Japan on World Peace and Prayer Day: Dear brothers and sisters of this beautiful planet . . .

MESSAGE FROM KOJI YUKI ─ AINU NATION OF JAPAN The Ainu are the Indigenous People of Japan. In 2004, over 6000 Japanese participated in World Peace and Prayer Day at Mt Fugi.  One of our staff Misa sent us this message from the Ainu, we feel the world needs to know their thoughts of what is happening […]

Targeted by the FBI: Sibel Edmonds, Every Single Person, Every Voice & Every Signature Counts

Rise Up To The Occasion… It Could Very Well Have Been You! by Sibel Edmonds    Boiling Frogs Thursday, 16. June 2011 Every Single Person, Every Voice & Every Signature Counts Have you ever pulled over your car on a highway shoulder to be a Good Samaritan and help a driver of a broken car desperately […]

Kathy Kelly: Don’t Look Away — The Siege of Gaza Must End

Kathy Kelly    Huffington Post Co-coordinator of Voices for Creative Nonviolence Don’t Look Away — The Siege of Gaza Must End Posted: 06/16/11 07:58 PM ET In late June 2011, I’m going to be a passenger on “The Audacity of Hope,” the USA boat in this summer’s international flotilla to break the illegal and deadly Israeli […]

Hijab-wearing Muslim women flashmob invades RightOnline conference Posted on 06.19.11 By Kase Wickman    http://www.rawstory.com/rawreplay A crowd of women wearing hijabs — headscarves traditionally worn by Muslim women — flooded the lobby of the Hilton in Minneapolis where the RightOnline conservative blogger conference was held this weekend. The women stayed for about ten minutes, according to […]