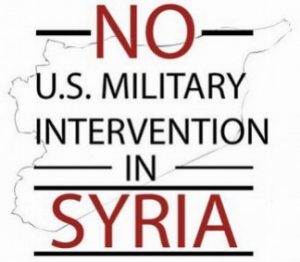 Diana Johnstone: The Imperialism of Foolery

“The real existing conflict in Syria today is not between Bachar al Assad and 65 exiled intellectuals.  Proclaiming “support” for Westernized intellectual opponents of Assad is totally irrelevant to the existing situation. “

Mainstream Media Assaults on Freedom of Speech. “The Truth” is No Longer “Important”

Attempts at limiting freedom of expression continue apace, while attacks on alternative media outlets by institutions of power grow.

Immigration Divides Europe and the German Left by Diana Johnstone

After causing a growing split between EU countries, the immigrant crisis is now threatening to bring down Merkel’s own Christian Democratic (CDU) government.

Forget Coates vs. West — We All Have A Duty to Confront the Full Reach of U.S. Empire

We see this debate as a political opportunity,… and everything to do with how …we are going to build a multiracial human rights movement capable of beating back surging white supremacy and rapidly concentrating corporate power.

Politicians obviously have self-interested reasons for denying that they have misinterpreted, miscalculated, and then persisted in bad policies that have resulted in death and destruction for their own countrymen as well as others.

Julian Assange:
It’s the world without sunlight, but I haven’t seen sunlight in so long, I don’t remember it.

So it’s all about mass murder of defenseless children, and to stop it, we should call on the drone king, Obama, to end “terror from the skies”.

…it is impermissible for any government outside of NATO to respond or even defend itself. To do so amounts to a provocation against NATO – and such hypocrisy is accepted by the West’s mainstream news media as the way that the world was meant to be.

…no less crucial for being obvious: in most of these countries, where Islam is the dominant religion, … al-Qaeda, and the Taliban are essentially the only available vehicles for protest and rebellion. By now, they have completely replaced the socialist and nationalist movements that predominated in the twentieth century; these years have, that is, seen a remarkable reversion to religious, ethnic, and tribal identity, to movements that seek to establish their own exclusive territory by the persecution and expulsion of minorities. 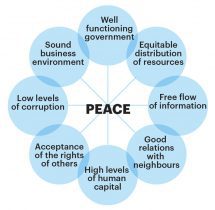 The Bribe Factory: The Company that Bribed the World

…a vast cache of leaked emails and documents has confirmed what many suspected about the oil industry, and has laid bare the activities of the world’s super-bagman as it has bought off officials and rigged contracts around the world.

Hillary Clinton: the Queen of Chaos and the Threat of World War III

My answer to the first part of the question is that “voting for Hillary because she is a woman” makes no sense to me at all. Yes, women should get together for causes that affect women in general…But Hillary Clinton is an individual, she is not women in general. Women together might fight for women’s right to be elected President, but that right exists. It cannot be reduced to one particular woman’s right to be President.

Ben Norton | Our terrorism double standard: After Paris, let’s stop blaming Muslims and take a hard look at ourselves

Norton: By making ISIS go viral, we are only helping them accomplish their sadistic goals.

The Empire of Chaos: An Interview With Noam Chomsky

Chomsky: The interests of US power and of the people of the United States are often quite different, as is commonly the case elsewhere as well. The official US interest is to eliminate Assad, and naturally Russian support for Assad poses a threat to that. And the confrontation not only is harmful, if not catastrophic, for Syria, but also carries a threat of accidental escalation that could be catastrophic far beyond.

Rowley and Johnstone: Nationalism is not the only threat to peace

Op Ed: We fear that opposing arguments in favor of national sovereignty will probably not be discussed much during this conference. And yet, the European Union has served as an experimental laboratory testing what happens when a large and growing number (now 28) of sovereign states turns over a major part of their rights to supranational governance.

Bello: Yes, these people are refugees. People who are not safe in their homes, who live in countries which no longer have untainted water supplies and where economic “opportunities” are either nonexistent or too dangerous to pursue are refugees.

Henry A. Giroux: The Curse of Totalitarianism and the Challenge of an Insurrectional Pedagogy

Giroux: Pedagogy is a moral and political practice because it offers particular versions and visions of civic life, community, the future, and how we might construct representations of ourselves, others, and our physical and social environment. But it does more; it also “represents a version of our own dreams for ourselves, our children, and our communities.

Chossudovsky: The Routine Use of Fake Images and Video Footage by the Western Media