When You Reject Class-Based Politics, ‘Thoughtful’ Appeals to Racism Are All You’ve Got Left

“Put away those rainbow flags, guys—you’re just riling up the neo-Nazis.”

Paul Street | Beyond the Madness of King Donald

The sooner Donald Trump is removed from the White House, the better. But we need a radical reorganizing of our national institutions.

“I confess I really had hopes for some conscience from Trump about America’s wars, but I was wrong — fooled again!”

Chris Hedges discusses Trump, NATO expansion, and the co-opting of the so called “resistance.”

Chris Hedges: The Enemy Is Not Donald Trump or Steve Bannon—It Is Corporate Power (Video)

After a fierce indictment of what he calls the kleptocracy that rules the United States, Hedges urges organizing “with lightning speed” because this is our “last chance” to do so.

Trump’s failure to grasp the necessity of the New Cold War with Russia “threat[ens] … Washington’s broader imperial strategy. … The economic integration of Asia and Europe must be blocked to preserve Washington’s hegemonic grip on world power.”

The Rage of Caliban: Identity Politics, the Travel Ban, and the Shifting Ideological Framework of the Resistance

William Hawes | We Are on Our Own Now

There are now eight people (six are Americans) with more wealth than half the world’s population.

Michel Chossudovsky | U.S. Foreign Policy and the Campaign to Destabilize the Trump Presidency

“D.C. foreign policy elite are giddy that hawkish Barack Obama will be replaced by much more hawkish Hillary Clinton.”

Zeese and Flowers | Living In The Illusion Of Democracy

“Dog Whistle” Is the GOP’s Longtime Political Weapon of Choice

“Dog Whistle Politics: How Coded Racial Appeals Have Reinvented Racism and Wrecked the Middle Class”: The interview is an insighful analysis of race in politics, including but not limited to the current race between Hillary and Trump.

The Millennial Revolt Against Neoliberalism

By attempting to frame the Sanders-Clinton divide as one determined solely by race and gender, Clinton surrogates have tried not only to remove from view Sanders’s support among the young, but also to avoid any discussion of class — an element of American society that is inextricably linked to issues of race and gender.

Sanders Supporters Need to Split or Get Off the Pot

“At least half of Americans that vote for the Democratic Party in national elections are social democrats whose politics are incompatible with the Democratic Leadership Council corporatists.”

Both parties have moved to the right during the neoliberal period of the past generation. Mainstream Democrats are now pretty much what used to be called “moderate Republicans.” Meanwhile, the Republican Party has largely drifted off the spectrum, becoming what respected conservative political analyst Thomas Mann and Norman Ornstein call a “radical insurgency” that has virtually abandoned normal parliamentary politics.

Media Censorship: The News That Didn’t Make the News

Both parties are in support in the continuation of the US/NATO global empire of permanent war and the protection of the capital of the global 1%. Even Bernie Sanders calls for drone strikes and continued war on Isis and other evil terrorists.

As a human being and a father, however, I find the whole exercise appalling and terrifying. This is the best we can do, really? This is what we have become. The only reason people will vote for Trump in the general election is because they have been trained to be afraid. The only reason people will vote for Clinton in the general election is to thwart Comb-Over Mussolini and his dreams of glory; once again, people will be voting against instead of voting for, because “she can win,” allegedly.

Prof. Chomsky comments on the presidential primary “extravaganza,” the movement for Bernie Sanders, the U.S.-Iran nuclear deal, the bombing of the Doctors Without Borders hospital in Kunduz, Afghanistan and more … 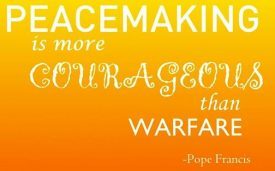 Robert Kuttner: The Dance of Liberals and Radicals

Kuttner: Even supposedly mainstream principles such as pure food and drugs, or safe working conditions, began with radical protest. The fact that these principles are being relentlessly undermined by corporate elites suggests the need for continued vigilance and radical protest once again. 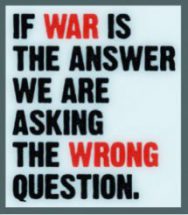 Gagnon: The German playwright and poet Bertolt Brecht spoke about the ‘liberals’ in his country collapsing during the rise of Hitler and Nazism. They meekly surrendered and betrayed the public trust. In the US most liberals still believe that they are just one election away from turning things around.