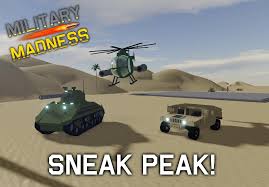 Why Military Spending Is More Than You Think It Is

How the UAE is recruiting hackers to create the perfect surveillance state.

Trevor Timm: The Senate is giving more power to the NSA, in secret. Everyone should fight it

Politicians are still trying to hand over your data behind closed doors, under the guise of ‘cybersecurity’ reform. Have we learned nothing? Trevor Timm    theguardian.com, Saturday 12 July 2014 Senator Dianne Feinstein says a new cyber security bill helps share information ‘through a purely voluntary process and with significant measures to protect private information.’ Did you […]

Obama Signs Cybersecurity Executive Order Wednesday, February 13, 2013  Activist Post President Obama bypassed the Congress on Tuesday and signed the much maligned but anticipated cybersecurity executive order. He made the announcement during the State of the Union address, stating: ‘We know hackers steal people’s identities and infiltrate private email. We know foreign countries and […]