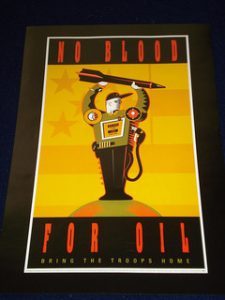 March 27, 2016 · by Rise Up Times · in Environment, Militarism, Military Madness · Leave a comment

The DoD burned about 350,000 barrels of oil per day, which made it the single largest institutional oil consumer in the world, according to a 2012 estimate.(10). … Oil accounted for nearly 80 percent of the DoD’s energy consumption.(12)
Despite this unbelievably massive carbon footprint, the Pentagon has had a blanket exemption in all international climate agreements, including the Kyoto Climate protocol,(13) which the U.S. Senate never ratified anyway.