Rise Up Times publishes articles and information about issues that affect our lives daily and are a basis for action. 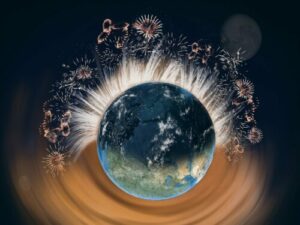 If the Kansas primary vote is a sign, these ballot measures could expand women’s rights significantly in a number of key states

…the classic definition of socialism is public ownership of the means of production, an agenda item not on any imaginable American political horizon. In another sense, though, the charge is historically accurate because, both here and abroad, significant advances in health and welfare have often been spearheaded by socialist parties.

Chris Hedges: The Puppets and the Puppet Masters

We are here to fight for Julian. But we are also here to overthrow — and let me repeat that word for the benefit of those in the FBI and Homeland Security who have come here to monitor us — overthrow the corporate state and create a government of the people, by the people and for the people, that will cherish, rather than persecute, the best among us.

Chomsky: Optimism of the Will, with David Barsamian

The International Institute for Democracy and Electoral Assistance just issued the Global State of Democracy Report 2021. It says that the United States is a country where democracy is “backsliding.”

Colonialism, Compradors and the Militarized Crisis of Capitalism in Africa

The online discussion features analysis from organizers in hotspots on the ground in Africa and from others with uncompromising and lucid views on the state of affairs in Africa and strategies to get the “U.S. Out of Africa” and “Shut Down AFRICOM.”

Political Map of the World 2022

It is a political map because it shows the borders between sovereign states. A sovereign state is, in international law, a legal entity represented by a government that has sovereignty (self-determination) over a geographic area.

Patrick Lawrence: The Strong, and the Merely Powerful

Let me also remind you that the United States, together with the British, turned Dresden, Hamburg, Cologne and many other German cities into ruins without any military necessity during World War II. And this was done defiantly, without any, I repeat, military necessity. There was only one goal: just like in the case of the nuclear bombings in Japan, to intimidate both our country and the whole world. …

This is not a drill: The Music and Politics of Roger Waters

The rock legend and Pink Floyd co-founder shares everything from his musical origins to his opinions on the war in Ukraine, experiences of US government surveillance, and his ongoing ‘This Is Not A Drill’ tour. Roger Waters performs onstage at Crypto.com Arena on September 27, 2022, in Los Angeles, California. Kevin Winter/Getty Images POSTED IN THE CHRIS HEDGES REPORT  September 30, 2022   Roger Waters, the British rock legend and co-founder of Pink Floyd, is in the midst of his “This Is Not A Drill” tour. In his concerts he weds his musical genius to the most pressing social issues of…

As in the past, these new fascist parties cater to emotional yearnings. They give vent to feelings of abandonment, worthlessness, despair and alienation. They promise unattainable miracles. We have seen this movie before.

On the International Day of Peace September 21st, The U.S./EU/NATO Axis of Domination Reaffirmed Its’ Commitment to the Weapon of War

For the Biden administration, a commitment to peace is a poor substitute for the benefits of securing another $13 billion in aid for Ukraine contained in legislation meant to fund the U.S. government. Moving money from the public coffers to the pockets of the defense companies that pay the bills for both parties is always seen as good bipartisan policy.

Chomsky: US Must Join Global Call for Negotiations as Russia Escalates Actions

Chomsky urges that the U.S. join the rest of the world in calling for negotiations, not because Putin can be trusted, but because negotiations are our best hope for averting disaster. There’s no certainty as to whether this process would result in peace, but as Chomsky says, “There is one and only one way to find out: Try.”

Ignoring How Militarism Fuels Climate Change Will Be the Death of Us, by Sue Ann Martinson

It’s time to acknowledge how the failure to connect the dots between U.S. imperialism and the growing climate crisis threatens all life on this planet in more ways than one. ‘A Just Transition to a Regenerative Economy’ must end wars, military culture, and the violence of militarized forces and police in our communities and across the world. [Sha Merirei Ongelungel / Indigenous Peoples’ Network] Ignoring How Militarism Fuels Climate Change Will Be the Death of Us.

At what point does a beleaguered population living near or below the poverty line rise in protest? This, if history is any guide, is unknown. But that the tinder is there is now undeniable, even to the ruling class.

Who drives Washington’s wars of aggression and outrageous military spending?

To be fair, the Nuland-Kagan mom-and-pop shop is really only a microcosm of how the Military-Industrial Complex has worked for decades: think-tank analysts generate the reasons for military spending, the government bureaucrats implement the necessary war policies, and the military contractors make lots of money before kicking back some to the think tanks — so the bloody but profitable cycle can spin again.       Rest and Rise

Rise Up Times publishes writers who provide insights and knowledge that are a basis for informed action, whether on the streets, signing petitions, writing letters to the editor, talking to legislators, or otherwise engaging in transformative nonviolent actions to make change.

Thank you for your help and support!

The ‘apocalyptic’ chess game between the superpowers, that is, between those that move on the highest plane of our civilization, is being played according to the rule ‘if either “wins” it is the end of both’; it is a game that bears no resemblance to whatever war games preceded it. Its ‘rational’ goal is deterrence, not victory, and the arms race, no longer a preparation for war, can now be justified only on the grounds that more and more deterrence is the best guarantee of peace. To the question how shall we ever be able to extricate ourselves from the insanity of this position…

Would you like to help spread awareness and action about nuclear weapons? Information and action steps are available FREE in the form of two-sided cards on cardstock.