The Kagans: With the liberal-neocon war crimes alliance in the news, let’s examine the [neo-cons] at the center of Washington’s workshop of war and aggression 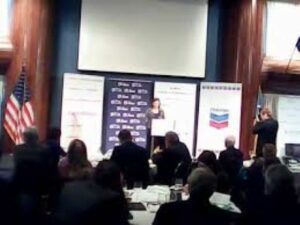 These Neocons are architects of the Iraq War, installers of Nazi regimes, spreaders of terror. They dictated a foreign policy of war and aggression to both the GW Bush regime and the Obama regime, and were all dressed up and ready to go for Hillary’s bloody assault against the planet.

They hate Trump´s guts. That doesn´t make Trump a peacenik or a good guy. He´s neither a peacenik nor a good guy. It just means he does not as obsequiously obey these Israeli dual-citizens as do the Obama and Bush crews. And they hate him for that and they will take him down for that. With the help of the weathercock liberals.

[2015] Robert Parry writes, “Victoria Nuland and Robert Kagan have a great mom-and-pop business going. From the State Department, she generates wars and from op-ed pages he demands Congress buy more weapons. There’s a pay-off, too, as grateful military contractors kick in money to think tanks where other Kagans work.” 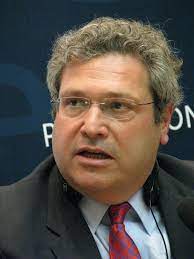 Neoconservative pundit Robert Kagan and his wife, Assistant Secretary of State Victoria Nuland, run a remarkable family business: she has sparked a hot war in Ukraine and helped launch Cold War II with Russia and he steps in to demand that Congress jack up military spending so America can meet these new security threats. 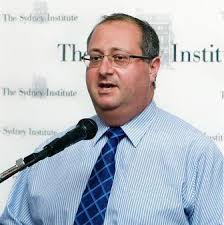 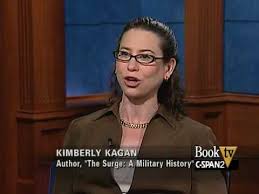 Not only does the broader community of neoconservatives stand to benefit but so do other members of the Kagan clan, including Robert’s brother Frederick at the American Enterprise Institute and his wife Kimberly, who runs her own shop called the Institute for the Study of War.

Yet, if it weren’t for Nuland’s efforts as Assistant Secretary of State for European Affairs, the Ukraine crisis might not exist.

Robert Kagan, a senior fellow at the Brookings Institution (which doesn’t disclose details on its funders), used his prized perch on the Washington Post’s op-ed page on Friday to bait Republicans into abandoning the sequester caps limiting the Pentagon’s budget, which he calculated at about $523 billion (apparently not counting extra war spending). Kagan called on the GOP legislators to add at least $38 billion and preferably more like $54 billion to $117 billion:

“The fact that [advocates for more spending] face a steep uphill battle to get even that lower number passed by a Republican-controlled Congress says a lot, about Republican hypocrisy. Republicans may be full-throated in denouncing [President Barack] Obama for weakening the nation’s security, yet when it comes to paying for the foreign policy that all their tough rhetoric implies, too many of them are nowhere to be found.

“The editorial writers and columnists who have been beating up Obama and cheering the Republicans need to tell those Republicans, and their own readers, that national security costs money and that letters and speeches are worse than meaningless without it.

“It will annoy the part of the Republican base that wants to see the government shrink, loves the sequester and doesn’t care what it does to defense. But leadership occasionally means telling people what they don’t want to hear. Those who propose to lead the United States in the coming years, Republicans and Democrats, need to show what kind of political courage they have, right now, when the crucial budget decisions are being made.”