Australian Liberal and Labor senators have accused the Chinese Communist Party of unspeakable human rights abuses after first-hand accounts of systematic rape, sexual abuse and torture in Uighur detention camps in China were aired by the BBC.  —The Sydney Morning Herald

Twenty-five years-ago I was part of the 1995 Women’s International League for Peace and Freedom (WILPF) Peace Train from Helsinki, Finland to Beijing, China for the United Nations Fourth World Conference on Women. We were 242 people from 42 countries.

Along the way we met with women in Finland, Russia, Ukraine, Romania, Bulgaria and Turkey and were scheduled to meet with women in Urumqi, the Muslim area of far northwestern China, in Xinjiang Province.

Going through customs in China I made sure to position myself behind one of our African American women who would clearly get a close inspection. I, on the other hand, whizzed through with my contraband literature in tow.

We left Almaty, Kazakhstan and our train raced through Urumqi in the middle of the night. After hearing so much recently about the mass rapes of Uighur women and the Chinese labor prison-camps I’ve been haunted by our missed opportunity to meet with Muslim women in western China those many years ago.

The Peace Train was considered a diplomatic international group. We had status. I remember trying to get a few women outraged about being virtual prisoners on this Chinese train and having our plans hijacked. My outrage met with indifference.

To fact-check my memories I emailed one of the WILPF organizers and got this response. “I was on the organizing team of four. There were many other issues and speeding through China and not stopping at Urumqi was not high on the list.”

I wanted to issue a press statement representing every country from our multi-national group. I wanted to raise hell. I came from the activist left and was extremely sensitive to being locked, incommunicado on a train in far western China with people too polite to call out fascism. My train-mates did not rank my concern “high on the list.” After all, these were not Christians or Jews.

So I gave up and simply enjoyed my upper middle class political vacation—until now. If we had done something then could we have changed the Uighur horror happening now? 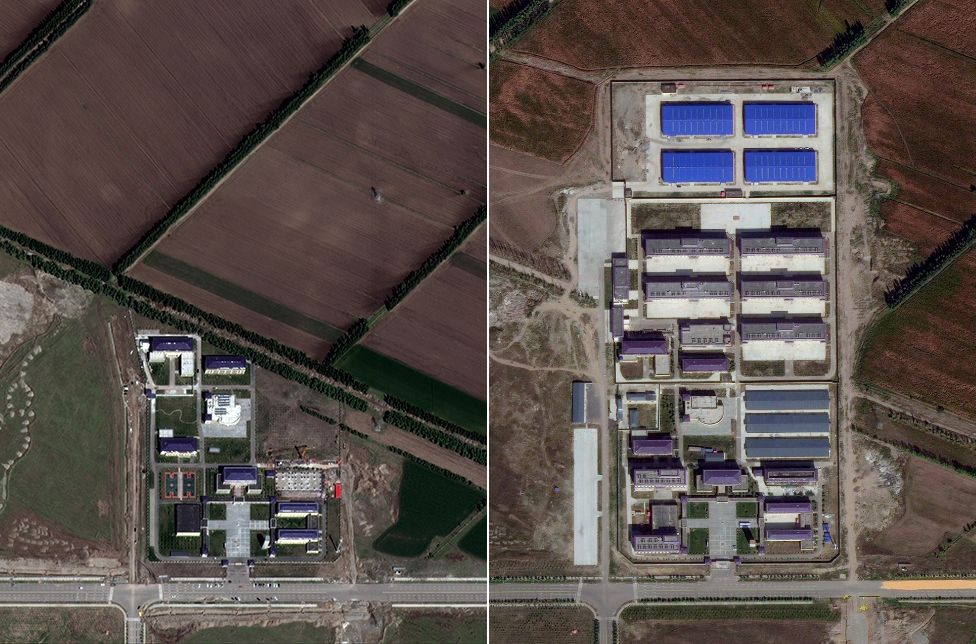 MAXAR    Ziawudun identified this site – listed as a school – as the location where she was held. Satellite images from 2017 (left) and 2019 (right) show significant development typical of camps, with what look like dormitory and factory buildings

While Democracy Now hosts US gov’t-funded pundits to spread humanitarian interventionist propaganda about Xinjiang, an analysis by The…READ MORE

Inside the World Uyghur Congress: The US-backed right-wing regime-change network seeking the ‘fall of China’

Photos from The Sydney Morning Herald.

Donate
By Rise Up TimesPublished On: March 1st, 20212 Comments