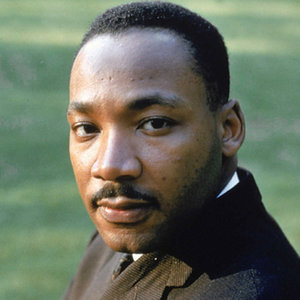 The United States attempted to co-opt the Rev. Dr. Martin Luther King, Jr., by recognizing his birthday. The ruling elites tried to strip King of his militancy and suspend him above the mass movement that produced him. The state certainly had no intention to remain the focus of King’s opposition to the Vietnam War or even more threatening, his opposition to militarism in general and U.S. military imperialism in particular.

But we are actively liberating the meaning of Dr. King’s life and re-inserting it into the history of Black resistance. We argue with some confidence that Dr. King would be opposed to the North Atlantic Treaty Organization (NATO) because it is an instrument of U.S. and European militarism. He would not be confused—and neither are we—about why the liberal establishment, neocons, military-industrial complex, corporations and the corporate media are opposed to ending an anachronistic structure. NATO’s only reason for being today is to serve as the military wing of the dying U.S.-European colonial project.

BAP will use Dr. King’s birthday on January 15 and his assassination on April 4 as bookends during 2019 to intensify our efforts to engage the public in a conversation about the bipartisan commitment to war and violence. We will raise the visibility of our campaign to shut down AFRICOM as we prepare to launch a second campaign on April 4 that will focus on ending the state violence being waged against Black, Brown and poor people across the United States.

We remind our readers and supporters of a very important development, the creation of an international campaign to oppose NATO that BAP played a key role in helping organize in 2018. The saying goes, “Follow the money.” Here you can see why NATO and keeping the U.S. public on a war-footing is so incredibly profitable for the merchants of death. The U.S. dependency on force and militarism is also becoming a major threat.

BAP member Karanja Keita Carroll, Ph.D., an organizer and African-centered academic, presented a lecture at George Jackson University this past week. He begins speaking at 20 minutes into this recording.

We are alarmed at the FBI’s arrest and detention of U.S.-born African sister Marzieh Hashemi, who anchors Iran’s PressTV. Her hijab was forcibly removed and she has only been served pork in prison while she is being detained as a “material witness.” A campaign to #FreeMarziehHashemi has kicked off on Twitter.

The Network in Defense of Humanity published a statement calling for respect for the people of Venezuela as they struggle for self-determination through the socialist government of Nicolas Maduro. His administration has recently been under attack, with various U.S. politicians claiming the right-wing president of Venezuela’s National Assembly is the real leader of the country. All this while the United States mulls another round of sanctions and a military coup in the Bolivarian republic.

And finally, please help us get to 3,000 signatures on the petition to shut down AFRICOM that we will present to the Congressional Black Caucus. Please share the petition if you’ve already signed.

Donate
By Rise Up TimesPublished On: January 21st, 2019Comments Off on Would Dr. King Oppose NATO?, Black Alliance for Peace