It’s a closed system. It’s a narrow system. What FAIR has talked about for decades is, we have a corporate spectrum: It goes from General Electric to General Motors. It goes from hawk to dove, but the doves are hawks, and the hawks are super-hawks. So you have this narrow spectrum, and if you don’t fit in to that narrow spectrum, you don’t get heard. 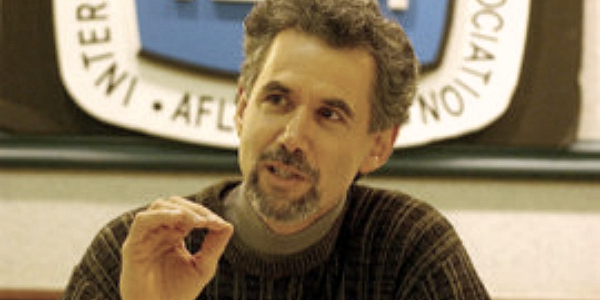 Janine Jackson interviewed Jeff Cohen about cable news hawks for the March 10, 2018, episode of CounterSpin. This is a lightly edited transcript. 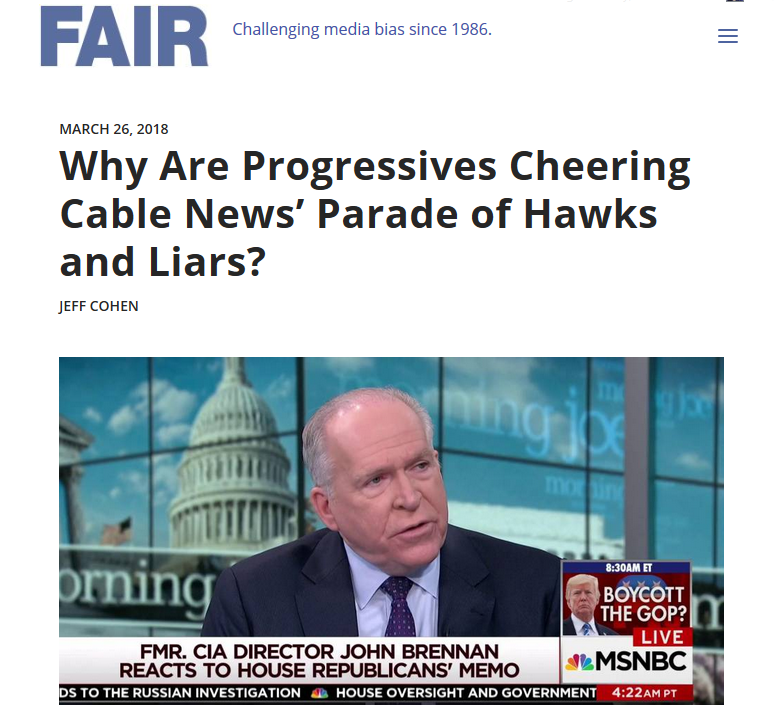 Janine Jackson: “Everybody got it wrong“ is the dominant corporate media refrain on the war on Iraq. Officials had intelligence that no one could have suspected was flawed. Reporters were swayed by persuasive government evidence. And alas, it went awry.

The clear-eyed remember that not everyone got it wrong. There were plenty of people who said the Iraq invasion, besides being illegal, besides being based on deceit, would be a human rights, political and ecological disaster. Those people just weren’t on television.

Who was? An endless round robin of retired military and intelligence officials, with reporters fawning over them rather than challenging them. As Cokie Roberts, then of ABC News’ This Week, put it to David Letterman, “I am, I will just confess to you, a total sucker for the guys who stand up with all the ribbons on and stuff, and they say it’s true and I’m ready to believe it.” It’s hard to picture a TV journalist making such a statement today—or is it?

We’re joined now in studio by Jeff Cohen; he’s associate professor of journalism and director of the Park Center for Independent Media at Ithaca College. He’s also co-founder of the group Roots Action, author of Cable News Confidential: My Misadventures in Corporate Media, and the founder of FAIR. Welcome back to CounterSpin, Jeff Cohen.

Jeff Cohen: Great to be with you.

JJ: Well, it’s strange times to be a media critic. For years, being a leftist media critic meant pointing to the structural biases of ownership and sponsorship of media, and then to the kind of institutional biases of the hangover of McCarthyism, and just the sexism and racism that all US institutions are part of to some degree, but with journalism then having that sort of patina of objectivity. But now we’re in this “all hands on deck against Trump” mode, it seems like if you criticize the New York Times, you’re seen as counter-revolutionary?

JC:> Even more so if you criticize MSNBC or CNN, you’re seen as somehow disloyal to the cause of deposing Trump.

JJ: So start with MSNBC, where you once worked, and which I think many people still think of as kind of a counterpart, or opposite number, to Fox. What’s going on there? 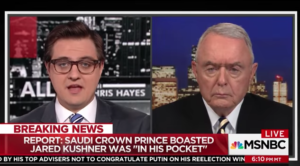 On MSNBC, on the other hand, and you could see it throughout 2015 and 2016, if anything, in the battle between Clinton and Bernie Sanders, they tilted toward Hillary Clinton. They’re more with the corporate hawk wing of the Democratic Party.

So, Janine, to get to your specific point about today: If you watch MSNBC, the people that are put forward as their experts, the saviors, the people that are going to save us from Trump, are in many ways a collection of war hawks, spooks, spies, dishonest people who progressives have traditionally attacked.

I mean, our heroes are supposed to be Mueller and Comey, who headed the FBI when many progressive groups were surveilled. We know that, what happened under their reign. For years and years, those two headed the FBI. 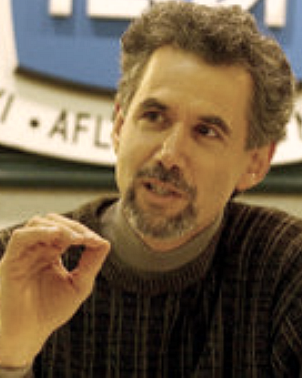 Jeff Cohen: “This collection of perjurers and war criminals, because they’re critical of Trump, they’re put forward on MSNBC and CNN…as some sort of heroes that are going to save the republic, save progressives, save democracy.”

So you could go one by one from MSNBC to CNN,where they have Mr. Clapper—James Clapper, the director of National Intelligence, he went before the US Senate and he perjured himself and said the NSA is engaging in no bulk surveillance—he’s the hero on CNN. So you find this collection of perjurers and war criminals, because they’re critical of Trump, they’re put forward on MSNBC and CNN—and remember, those are supposed to be the liberal cable news channels—they’re put forward as some sort of heroes that are going to save the republic, save progressives, save democracy. I just don’t see it.

And it shows, I think, the limits. You brought up the ownership. It shows the limits of TV news channels owned by Comcast, in the case of MSNBC, where they almost never bring up net neutrality, the saving of which is probably the main First Amendment issue facing our country and progressives, and then CNN,owned by Time Warner.

JJ: It’s so disheartening, this idea that the enemy of your enemy must be your friend, that we can’t be any more politically complicated than that. And then also, just that the best source is always going to be the guy with medals and gray hair, even if he’s the same person that lied to your face years before. That somehow, as a source or as an expert, there’s no one who deserves that spot more than they do.

JC: It’s a closed system. It’s a narrow system. What FAIR has talked about for decades is, we have a corporate spectrum: It goes from General Electric to General Motors. It goes from hawk to dove, but the doves are hawks, and the hawks are super-hawks. So you have this narrow spectrum, and if you don’t fit in to that narrow spectrum, you don’t get heard.

And as you say, there are many effective critics of Trump, many people who could make a strong argument about why he should be impeached. Believe me, the strongest argument about why he should be impeached has got nothing to do with Russia. I’m part of a group, RootsAction.org, and we started an impeachment campaign against Trump on day one of his administration, and it was about corporate conflicts of interest. He refused to divest himself from his sprawling business interests—unlike Jimmy Carter, who divested from his peanut farm when he became the president in the 1970s—and it’s a clear violation of the emoluments clauses of the Constitution. If you want a progressive critique of Donald Trump and why he should be deposed, you’ve got to go to independent media. The corporate media, MSNBC and CNN, will just give you the same parade.

I was in cable news, as you know. I wrote the book Cable News Confidential about my years there. And I was there at the beginning of the “War on Terror,” and there was this parade of all these war hawks telling us why we needed to invade this country or that, how successful it was going to be…and everything they said turned out to be nonsense. And those people are back on the air.

JJ: Any final thoughts while we have you here?

JC: You may think that James Clapper, formerly head of intelligence, and Gen. Barry McCaffrey, and McLaughlin, and Brennan—these former, vile CIA chiefs—that they’re your allies. They are not your allies. These corporate media conglomerates need to be battled by progressives. The military-industrial surveillance complex needs to be battled by progressives. They’re not our allies if we want a more just society.

Janine Jackson  Janine Jackson is FAIR’s program director and producer/host of FAIR’s syndicated weekly radio show CounterSpin. She contributes frequently to FAIR’s newsletter Extra!, and co-edited The FAIR Reader: An Extra! Review of Press and Politics in the ’90s (Westview Press). She has appeared on ABC‘s Nightline and CNN Headline News, among other outlets, and has testified to the Senate Communications Subcommittee on budget reauthorization for the Corporation for Public Broadcasting. Her articles have appeared in various publications, including In These Times and the UAW’s Solidarity, and in books including Civil Rights Since 1787 (New York University Press) and Stop the Next War Now: Effective Responses to Violence and Terrorism (New World Library). Jackson is a graduate of Sarah Lawrence College and has an M.A. in sociology from the New School for Social Research.