World-famous academic and campaigner Noam Chomsky talked to RT about the “neoliberal shift” that has made markets king, and how the US silences its critics in the first segment of a two-part interview with Chris Hedges for “On Contact.”

RT: There are 10 principals of concentration of wealth and power that you laid out in the book “Requiem for the American dream,” which was based on a documentary that you did. The first one you’re talking about is “reducing democracy.” What do you mean by that?

Noam Chomsky: I should first comment that the construction of the ten principals is really the contribution to the editors. It is their quite effective consolidation of hours and hours of interviews and discussions, which they organized in this form. “Reducing democracy” means the gradual marginalization of the population; the reduction of the role of the general population in decision making on the public arena, which is an expected and predictable consequence of the introduction of the transition to neoliberal principals in the 70s and onward.

Chomsky to RT: ‘US is racing toward the precipice, while the world is trying to save itself’

There is basically two general phases of post-war US socioeconomic history. The first phase was sometimes called regulated capitalism, embedded liberalism of the 50s and 60s; very high growth period; egalitarian growth; some moves towards social justice in the 60s; substantial increase and democratic participation – people became really engaged in the public arena. All of this had various effects. One effect was reduction, the falling rate of profit, which is critical. Second effect was people becoming too engaged in public affairs.

RT: That’s what Samuel Huntington called an “excess of democracy,” didn’t he?

NC: “Excess of democracy.” And in fact two very important publications came out in the early 70s – both directed to this theory. Interesting, because they were opposite ends of the political spectrum, but they basically came to the same conclusion with somewhat different rhetorical styles. One was The Powell Memorandum written by a corporate lawyer working for the tobacco corporations who later became Supreme Court justice under Nixon. He wrote a memorandum, which was supposed to be confidential, but it leaked to the US Chamber of Commerce business group. The rhetoric is quite fascinating: he expressed the view, which is not uncommon among those who really own the world – that their control has been very slightly diminished, and in a manner of spoiled three-year-old that doesn’t get a piece of candy – that means the world is coming to an end. So you really have to read the rhetoric to appreciate it.

RT: It is an attack on American free enterprise system, isn’t it?

NC: The business world is under severe attack led by Ralph Nader and Herbert Marcuse. We are barely surviving attack on everything significant in American life. Then he says: “Well, look after all we, businessmen basically own everything. We are the trusties at the universities. We don’t have to let this kids run wild. We can constrain the media after all; we have the power.” It calls for mobilization of the business world to defend themselves…

It had a big impact on the growth of the right-wing think tanks – much of the ideology, the far right. So that is the right end of the spectrum. Then you go to the other end of the spectrum – basically the Carter administration liberalism. In fact the people who staffed the Carter administration, the Trilateral Commission – its industrial democracies: Europe, Japan, the US, basically liberal internationalists. They have a publication, called “The crisis of democracy,” and the crisis of democracy is there is too much democracy. In the 1960’s too many people, who were usually passive and apathetic, the way people are supposed to be started, becoming engaged in the political arena, pressing for the demands and so on, sometimes called special interests – meaning young people, old people, farmers, workers, in other words everybody. Except the corporate sector, which isn’t mentioned – they are the national interest. But these special interests are putting too much pressure on the state. So, we have to have more moderation in democracy. People have to return to being passive and apathetic…Samuel Huntington, with some nostalgia referred to the period when, as he put it, Truman was able to run the country with the cooperation of a few Wall Street lawyers and executives. And then there was no crisis of democracy. 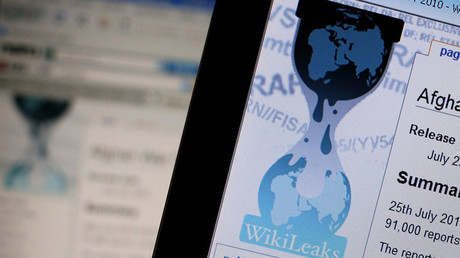 RT: Let’s go to your next point about “shaping of ideology.” You talk about the difference between Madison and Aristotle. Both of them understood that if there was inequality, there would be tensions between the rich and the poor. Madison was calling for government to reduce democracy. Aristotle saying, the solution, which you obviously support, is to reduce inequality. Your second point – shaping the ideology. We mention the Powell Memo, we mention the Trilateral Commission. But specifically, they targeted various segments of society. You talk about the way they created architectural plans for colleges so that large demonstrations would not be possible, the use of student debt for debt peonage. The destruction of public institutions. Talk about that process to reconfigure the ideology into a form of neoliberalism.

NC: It’s kind of like the nostalgic comment on Truman being able to run the country with few corporate lawyers, and so on. But that is kind of the ideal. There should be indoctrination. Students should not be free to think. They don’t put it this way, but what it means they shouldn’t be free to enquire, to think, to challenge – just the kind of things that’s in decent educational system young people would be encouraged to do in schools and universities. But it’s dangerous, because they’re questioning too many eternal verities, including that there has to be elite domination and control. This is expressed all through the history.

RT: How successful do you think they were?

NC: They were articulating the consensus that led to many developments. It’s been reasonably successful. For example…a kind of business model began to be imposed at colleges and universities. There has been a tremendous growth of bureaucracy, tilting the balance from the faculty control to bureaucratic control. There has been a sharp rise in tuition which has a very strong disciplinary effect. In the 1960’s young person could say: “Ok, I am going to take off a year and get involved in an anti-war movement or a feminist movement, or something, they I’ll come back and continue my life.” You can’t do that, if you have a burden of debt over your head. If you come out of law school thinking: “I’d love to be a public interest lawyer, but I have to pay off $200,000 in debt.” You just have to go to a corporate law firm and absorb into that culture. And in many different ways there are disciplinary effects imposed…

RT: You also talk about how suddenly critics of American empire or American capitalism got tagged with Anti-Americanism.

NC: Anti-Americanism is a very interesting concept. It’s a concept that only exists in totalitarian states. For example, if someone in Italy, let’s say criticizing the Berlusconi government – they are not accused of being anti-Italian. In the old Soviet Union you could be condemned for being anti-Soviet, in the Brazilian military dictatorship you could be anti-Brazilian. But aside from the US, I don’t know any other non-totalitarian, non-authoritarian country where the concept even exists. That’s a very striking concept. If you’re critical of policy – you’re anti-American. Actually, this has a very interesting Biblical origin.  The first use of this concept was by King Ahab, who was the King of the ultimate evil in the Bible. He called Prophet Elijah to him and asked him why he was a hater of Israel, meaning condemning the acts of the evil king. That’s basic concept: if you challenge authority, you’re opposed to the society, the culture and the community.

The statements, views and opinions expressed in this column are solely those of the author and do not necessarily represent those of RT.

Donate
By Rise Up TimesPublished On: July 3rd, 20171 Comment