There is much that is provocative in the film, and everybody who cares about ending war should see it and share it with others in their community.

In particular, the segment about the Pentagon whistleblower Franklin Spinney caught my attention. Spinney talked about the systemic nature of the problem — military spending that penetrates every single Congressional district. In effect, we’re stuck. To break the hold of war on the US, we need to break the hold of military spending on every Congressional district.

Let’s admit it: we’ve got a problem

This idea is not new to me. I moved to California last year, fully aware that much of the beautiful California lifestyle is built on weapons manufacturing. The Concise Untold History of the United States by Oliver Stone and Peter Kuznick tells us that, between 1951 and 1963, California benefited from $67 billion in defense contracts (p. 218-9). In my own work on the problem of drones, I’ve come to learn that a relatively new player in defense, General Atomics, has become a star in the San Diego area economy by building Predator and Reaper drones. This was reinforced in the discussion following the screening, when Andrew Feinstein — author of the book on which the film is based — pointed to the inseparable relationship between campaign funding for Congressional races and the military contractors. 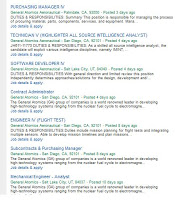 Can drone jobs be “good jobs”?

But the question of how to push back against the problem has seemed gargantuan. Four hundred and thirty-five Congressional districts: how to begin?

It occurred to me that I could start by looking into California’s 53 Congressional districts. But that alone is a huge job . . . and it’s still just one state.

By coincidence, yesterday I was also thinking about another question: the readership of my blog is growing very fast . . . but where is it all headed? What do I hope the outcome is?

And then I realized that what I hope for is actually quite simple: I hope to suggest to people that they can use simple tools like blogs to get important information out to a wider audience.  In effect, these blogs and other social media are our answer to the complaint that the mainstream media doesn’t report the important stories, and distorts the stories they do report. We need to be our own media.

None of us has to do the whole job his/her self. We’re a swarm.

Chicago activists are taking on Boeing

So here’s my promise: I will knuckle down and get to work on those 53 districts in California. And if you’re writing about the hold of defense contractors and the Pentagon on those or other districts around the country, share your work with me via Twitter at @scarry. I’ll make sure that it gets a big audience.

Donate
By Rise Up TimesPublished On: August 17th, 2016Comments Off on Joe Scarry |IT’S A LOCK: Why the US Can’t Break Its Addiction to War