The Metropolitan Council plans to authorize a new sewer replacement near the main limestone fracture that delivers some water to Coldwater. It is a violation of the 2001 Coldwater protection law, the 1978 American Indian Religious Freedom Act and the 1805 U.S. Treaty With the Sioux. The last the Metropolitan Council construction project was the Hiawatha reroute and light rail resulting in a loss of 35-percent of the flow to Coldwater—46,000 gallons per day.

Attached you will find the June 3, 2016 letter and a map from the Metropolitan Council. 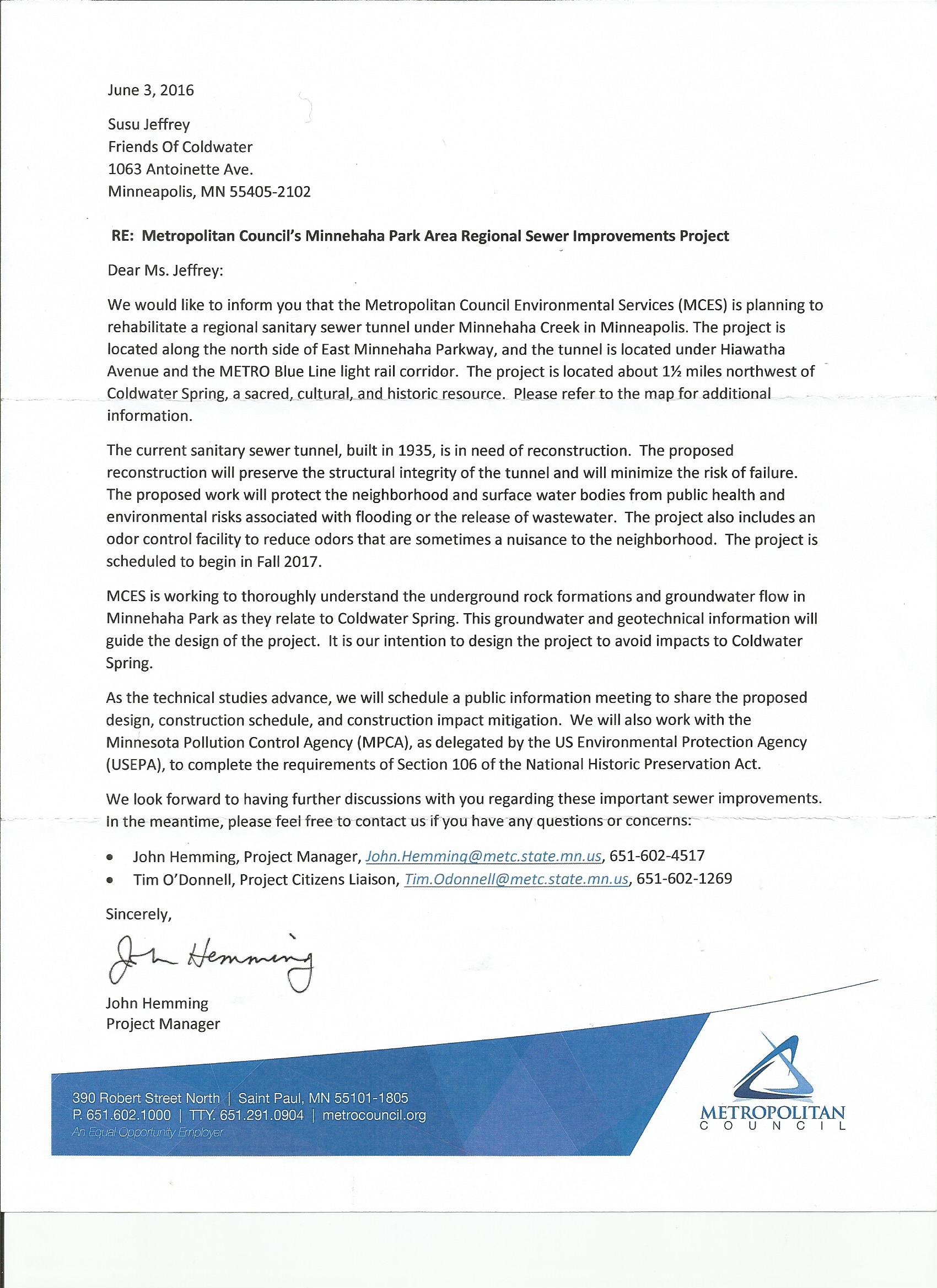 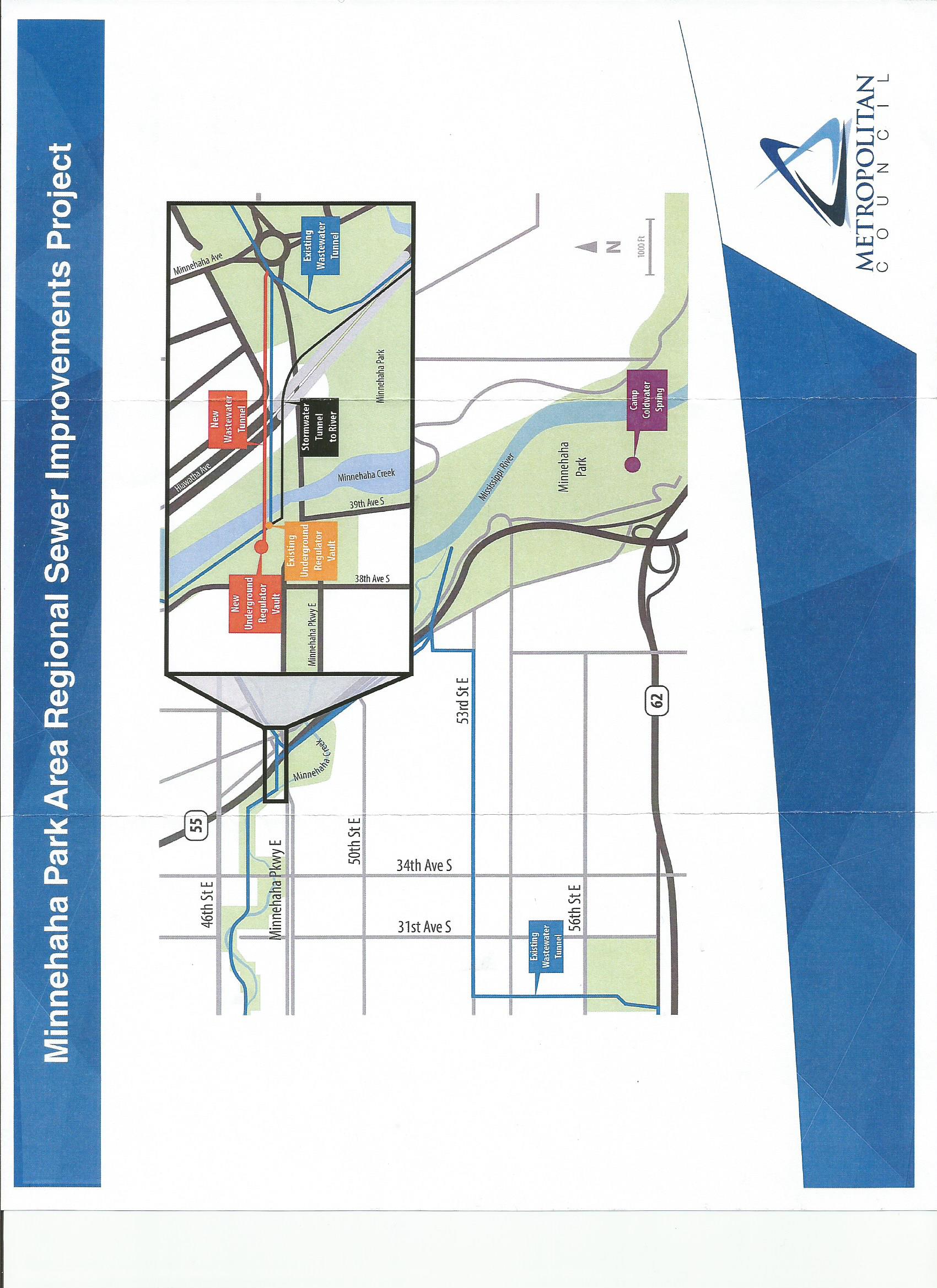