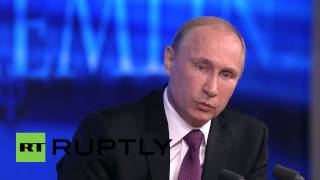 I just flew across 11 times zones — from Tokyo, Japan to Moscow, Russia.

Russia is the largest country in the world, covering more than one-eighth of the Earth’s inhabited land area, nearly twice as large as the United States and has extensive mineral and energy resources, the largest reserves in the world. Russia has the world’s ninth largest population with over 146.6 million people Russia. The current population of the U.S — 324,007,876 — is more than twice as large as Russia’s.

I haven’t been back to Russia since the early 1990s when the Soviet Union dissolved itself and allowed 14 new countries to be created from it. At the time I was a U.S. diplomat and wanted to be a part of the historic opening of U.S. Embassies in one of the newly formed countries. I asked to be sent to a new country in Central Asia and soon found myself in Tashkent, Uzbekistan.

Since the new embassies were being logistically supported out of the U.S. Embassy in Moscow, I was fortunate to make frequent trips to Moscow in the short three months I was in Uzbekistan until the permanent Embassy staff was assigned. Several years later in 1994, I returned to Central Asia for a two-year tour in Bishkek, Kyrgyzstan, and again made trips to Moscow.

Now almost 25 years later, after more than two decades of peaceful co-existence with a monumental shift from state operated institutions to privatized businesses and the Russian Federation joining the G20, the Council of Europe, the Asia-Pacific Economic Cooperation (APEC), the Shanghai Cooperation Organization (SCO), the Organization for Security and Co-operation in Europe (OSCE) and the World Trade Organization, the U.S/NATO and Russia are engaged in a 21st century cold war complete with large military “exercises” in which a small misstep could bring war.

With international tensions high, members of our delegation believe its time for the citizens of all nations to loudly declare that military confrontation and hot rhetoric are not the way to resolve international problems.

Our group is composed of several retired U.S. government officials and persons representing peace organizations. As a retired US Army Reserve Colonel and former US diplomat, I join retired CIA officer Ray McGovern and retired Deputy National Intelligence Officer for the Middle East and CIA analyst Elizabeth Murray. Ray and I are members of Veterans for Peace and Elizabeth is the member-in-residence of Ground Zero Center for Nonviolent Action. The three of us are also members of the Veterans Intelligence Professionals for Sanity.

Long time peacemakers Kathy Kelly of Voices for Creative Non-Violence, Hakim Young of Afghan Peace Volunteers, David and Jan Hartsough of the Quakers, Nonviolent Peace-force and World Beyond War, Martha Hennessy of the Catholic Workers movement and Bill Gould, former national president of Physicians for Social Responsibility are just a few of the delegates on this mission.

The delegation is led by Sharon Tennison, the founder of the Center for Citizen Initiatives (CCI). Over the past 30 years Sharon brought thousands of Americans to Russia and over 6,000 young Russian entrepreneurs to 10,000 companies in over 400 American cities in 45 states. Her book The Power of Impossible Ideas:Ordinary Citizens’ Extraordinary Efforts to Avert International Crises, is the remarkable story of bringing citizens of the US and Russia together in each other’s country for better understanding and peace.

In the tradition of going where our governments do not want us to go to witness the effects of the breakdown of non-violent approaches to conflict resolution, we will be meeting with members of Russian civil society, journalists, businesspersons and perhaps government officials to express our commitment to non-violence, not war.

The Russian people know well the carnage wrecked by war, with over 20 million Russian killed during World War II. Although not on the same scale as Russian deaths, all too many U.S. military families know the agony of injuries and deaths from World War II, the Vietnam War and the current wars in the Middle East and Afghanistan.

Donate
By Rise Up TimesPublished On: June 17th, 20162 Comments