Safer’s death should remind us of what the media consistently forgets. 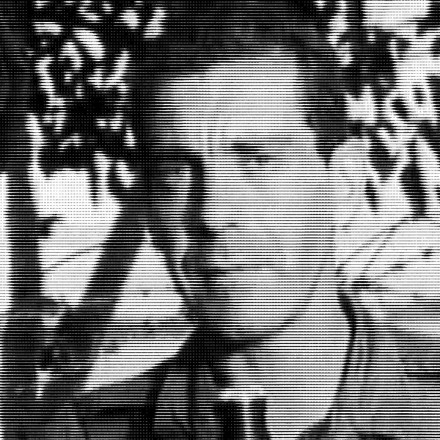 MORLEY SAFER, who was a correspondent on CBS’s 60 Minutes from 1970 until just last week, died Thursday at age 84.

There will be hundreds of obituaries about Safer, but at least so far, there’s been no mention of what I think was one of the most important stories he ever told.

In 1965, Safer was sent to Vietnam by CBS to cover the escalating U.S. war there. That August he filed a famous report showing American soldiers burning down a Vietnamese village with Zippo lighters and flamethrowers as children and elderly women and men cowered nearby.

The next year, he wrote a newspaper column about a visit to Saigon by Arthur Sylvester, the assistant secretary of defense for public affairs — i.e., the head of all the U.S. military’s PR.

Sylvester had arranged to speak with reporters for U.S. outlets, including Safer. Here’s how Safer described it:

There had been some annoying moments in previous weeks that had directly involved Sylvester’s own office. In the first B-52 raids, Pentagon releases were in direct contradiction to what had actually happened on the ground in Viet Nam.

There was general opening banter, which Sylvester quickly brushed aside. He seemed anxious to take a stand — to say something that would jar us. He said:

“I can’t understand how you fellows can write what you do while American boys are dying out here,” he began. Then he went on to the effect that American correspondents had a patriotic duty to disseminate only information that made the United States look good.

A network television correspondent said, “Surely, Arthur, you don’t expect the American press to be the handmaidens of government.”

“That’s exactly what I expect,” came the reply.

An agency man raised the problem that had preoccupied Ambassador Maxwell Taylor and [U.S. spokesman] Barry Zorthian — about the credibility of American officials. Responded the Assistant Secretary of Defense for Public Affairs:

“Look, if you think any American official is going to tell you the truth, then you’re stupid. Did you hear that? — stupid.”

One of the most respected of all the newsmen in Vietnam — a veteran of World War II, the Indochina War and Korea — suggested that Sylvester was being deliberately provocative. Sylvester replied:

“Look, I don’t even have to talk to you people. I know how to deal with you through your editors and publishers back in the States.”

At this point, the Hon. Arthur Sylvester put his thumbs in his ears, bulged his eyes, stuck out his tongue and wiggled his fingers.

Vance Hartke, a Democratic senator from Indiana, entered Safer’s article into the Congressional Record, and Durward Hall, a Republican representative from Missouri, called for Sylvester to resign. For its part, the Pentagon told CBS executives: “Unless you get Safer out of there, he’s liable to end up with a bullet in his back.”

Moreover, Sylvester absolutely meant what he said. By the time he met with the journalists in Saigon he’d already told some of the key U.S. government lies about the Cuban missile crisis and the Gulf of Tonkin.

You’d think this would have made an impression on American media outlets. And that going forward, they wouldn’t be so “stupid” as to believe what they were being told.

Time and again, members of the Washington press corps have credulously accepted officials’ lies and misinformation and passed them on to their readers as the truth. Their real-time skepticism is almost nonexistent. And they keep doing it.

If you look at the last few weeks of the New York Times, you’ll learn that U.S. officials say that American troops in Yemen “are working at the headquarters’ level and are not near the front lines” and that a Navy SEAL killed in Iraq “was two to three miles behind the front lines” when it happened. Do you think they’re telling the truth? Assuming that would be stupid.

Safer’s death should remind us of what the media consistently forgets.

Donate
By Rise Up TimesPublished On: May 25th, 20161 Comment