The Intercept has obtained a cache of secret documents detailing the inner workings of the U.S. military’s assassination program in Afghanistan, Yemen, and Somalia. The documents, provided by a whistleblower, offer an unprecedented glimpse into Obama’s drone wars. 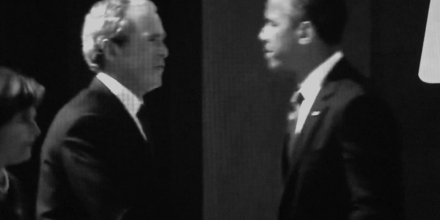 From his first days as commander in chief, the drone has been President Barack Obama’s weapon of choice, used by the military and the CIA to hunt down and kill the people his administration has deemed — through secretive processes, without indictment or trial — worthy of execution. There has been intense focus on the technology of remote killing, but that often serves as a surrogate for what should be a broader examination of the state’s power over life and death.

DRONES ARE A TOOL, not a policy. The policy is assassination. While every president since Gerald Ford has upheld an executive order banning assassinations by U.S. personnel, Congress has avoided legislating the issue or even defining the word “assassination.” This has allowed proponents of the drone wars to rebrand assassinations with more palatable characterizations, such as the term du jour, “targeted killings.”

When the Obama administration has discussed drone strikes publicly, it has offered assurances that such operations are a more precise alternative to boots on the ground and are authorized only when an “imminent” threat is present and there is “near certainty” that the intended target will be eliminated. Those terms, however, appear to have been bluntly redefined to bear almost no resemblance to their commonly understood meanings.

The first drone strike outside of a declared war zone was conducted more than 12 years ago, yet it was not until May 2013 that the White House released a set of standards and procedures for conducting such strikes. Those guidelines offered little specificity, asserting that the U.S. would only conduct a lethal strike outside of an “area of active hostilities” if a target represents a “continuing, imminent threat to U.S. persons,” without providing any sense of the internal process used to determine whether a suspect should be killed without being indicted or tried. The implicit message on drone strikes from the Obama administration has been one of trust, but don’t verify. 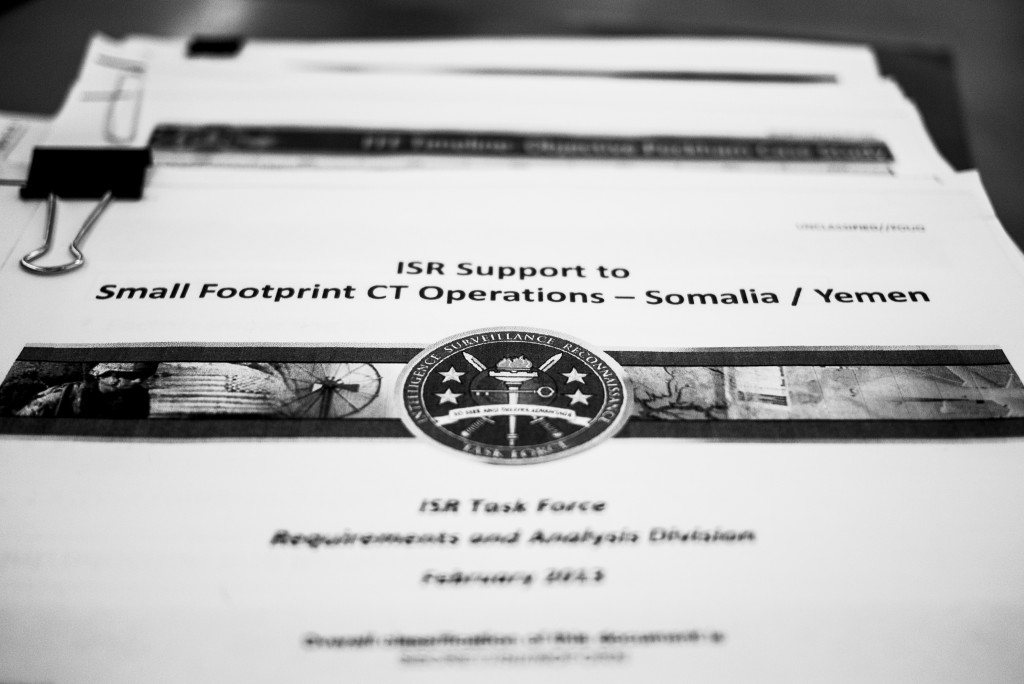 The Intercept has obtained a cache of secret slides that provides a window into the inner workings of the U.S. military’s kill/capture operations at a key time in the evolution of the drone wars — between 2011 and 2013. The documents, which also outline the internal views of special operations forces on the shortcomings and flaws of the drone program, were provided by a source within the intelligence community who worked on the types of operations and programs described in the slides. The Intercept granted the source’s request for anonymity because the materials are classified and because the U.S. government has engaged in aggressive prosecution of whistleblowers. The stories in this series will refer to the source as “the source.” 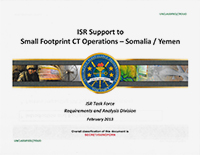 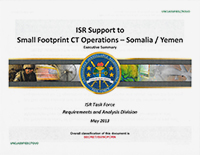 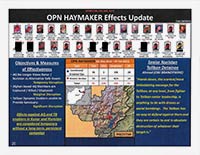 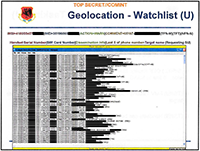 The source said he decided to provide these documents to The Intercept because he believes the public has a right to understand the process by which people are placed on kill lists and ultimately assassinated on orders from the highest echelons of the U.S. government. “This outrageous explosion of watchlisting — of monitoring people and racking and stacking them on lists, assigning them numbers, assigning them ‘baseball cards,’ assigning them death sentences without notice, on a worldwide battlefield — it was, from the very first instance, wrong,” the source said.

“We’re allowing this to happen. And by ‘we,’ I mean every American citizen who has access to this information now, but continues to do nothing about it.”

The Pentagon, White House, and Special Operations Command all declined to comment. A Defense Department spokesperson said, “We don’t comment on the details of classified reports.”

The CIA and the U.S. military’s Joint Special Operations Command (JSOC) operate parallel drone-based assassination programs, and the secret documents should be viewed in the context of an intense internal turf warover which entity should have supremacy in those operations. Two sets of slides focus on the military’s high-value targeting campaign in Somalia and Yemen as it existed between 2011 and 2013, specifically the operations of a secretive unit, Task Force 48-4.

Additional documents on high-value kill/capture operations in Afghanistan buttress previous accounts of how the Obama administration masks the true number of civilians killed in drone strikes by categorizing unidentified people killed in a strike as enemies, even if they were not the intended targets. The slides also paint a picture of a campaign in Afghanistan aimed not only at eliminating al Qaeda and Taliban operatives, but also at taking out members of other local armed groups.

One top-secret document shows how the terror “watchlist” appears in the terminals of personnel conducting drone operations, linking unique codes associated with cellphone SIM cards and handsets to specific individuals in order to geolocate them. 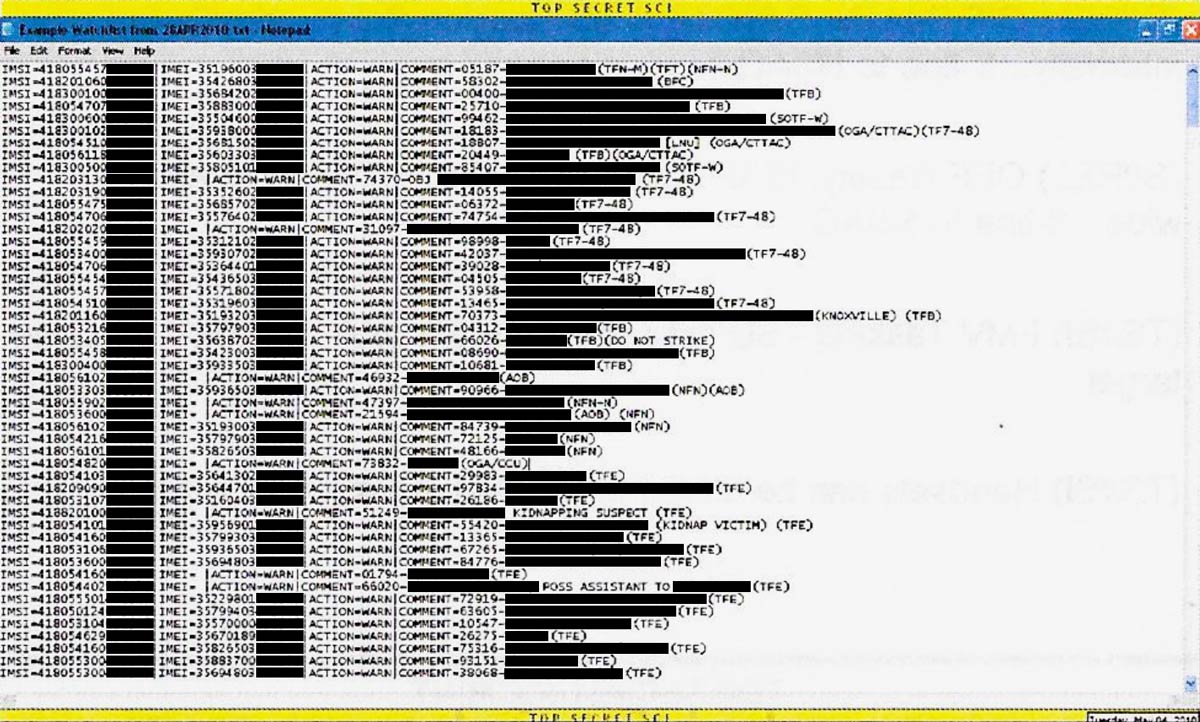 A top-secret document shows how the watchlist looks on internal systems used by drone operators.

The costs to intelligence gathering when suspected terrorists are killed rather than captured are outlined in the slides pertaining to Yemen and Somalia, which are part of a 2013 study conducted by a Pentagon entity, the Intelligence, Surveillance, and Reconnaissance Task Force. The ISR study lamented the limitations of the drone program, arguing for more advanced drones and other surveillance aircraft and the expanded use of naval vessels to extend the reach of surveillance operations necessary for targeted strikes. It also contemplated the establishment of new “politically challenging” airfields and recommended capturing and interrogating more suspected terrorists rather than killing them in drone strikes.

The ISR Task Force at the time was under the control of Michael Vickers, the undersecretary of defense for intelligence. Vickers, a fierce proponent of drone strikes and a legendary paramilitary figure, had long pushed for a significant increase in the military’s use of special operations forces. The ISR Task Force is viewed by key lawmakers as an advocate for more surveillance platforms like drones.

The ISR study also reveals new details about the case of a British citizen, Bilal el-Berjawi, who was stripped of his citizenship before being killed in a U.S. drone strike in 2012. British and American intelligence had Berjawi under surveillance for several years as he traveled back and forth between the U.K. and East Africa, yet did not capture him. Instead, the U.S. hunted him down and killed him in Somalia.

Taken together, the secret documents lead to the conclusion that Washington’s 14-year high-value targeting campaign suffers from an overreliance on signals intelligence, an apparently incalculable civilian toll, and — due to a preference for assassination rather than capture — an inability to extract potentially valuable intelligence from terror suspects. They also highlight the futility of the war in Afghanistan by showing how the U.S. has poured vast resources into killing local insurgents, in the process exacerbating the very threat the U.S. is seeking to confront.

These secret slides help provide historical context to Washington’s ongoing wars, and are especially relevant today as the U.S. military intensifies its drone strikes and covert actions against ISIS in Syria and Iraq. Those campaigns, like the ones detailed in these documents, are unconventional wars that employ special operations forces at the tip of the spear.

The “find, fix, finish” doctrine that has fueled America’s post-9/11 borderless war is being refined and institutionalized. Whether through the use of drones, night raids, or new platforms yet to be unleashed, these documents lay bare the normalization of assassination as a central component of U.S. counterterrorism policy.

“The military is easily capable of adapting to change, but they don’t like to stop anything they feel is making their lives easier, or is to their benefit. And this certainly is, in their eyes, a very quick, clean way of doing things. It’s a very slick, efficient way to conduct the war, without having to have the massive ground invasion mistakes of Iraq and Afghanistan,” the source said. “But at this point, they have become so addicted to this machine, to this way of doing business, that it seems like it’s going to become harder and harder to pull them away from it the longer they’re allowed to continue operating in this way.”

The articles in The Drone Papers were produced by a team of reporters and researchers from The Intercept that has spent months analyzing the documents. The series is intended to serve as a long-overdue public examination of the methods and outcomes of America’s assassination program. This campaign, carried out by two presidents through four presidential terms, has been shrouded in excessive secrecy. The public has a right to see these documents not only to engage in an informed debate about the future of U.S. wars, both overt and covert, but also to understand the circumstances under which the U.S. government arrogates to itself the right to sentence individuals to death without the established checks and balances of arrest, trial, and appeal.

Donate
By Rise Up TimesPublished On: October 16th, 2015Comments Off on The Drone Papers | Part 1: The Assassination Complex