Contact Theory was first developed in the 1950s by renowned researcher Gordon Allport, and is based on the belief that separation and unfamiliarity between conflicting groups can, and often does, breed negative attitudes such as stereotypes and prejudices which can potentially escalate into hostility and violence. Contact Theory posits that these negative attitudes can be reduced by promoting contact and familiarity between the conflicting groups.

AVAILABLE FOR REPRINT. Copy and use freely. Please help PeaceVoice by notifying us when you use this piece:PeaceVoiceDirector@gmail.com 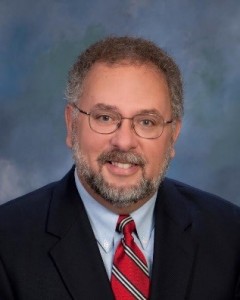 September 11, 2001, was a tragic day for the entire world and for me personally. My 25-year-old niece, Katie McCloskey, was working on the 97th floor of the World Trade Center when American Airlines Flight 11 struck the North Tower. My high school friend, Ken Waldie, was aboard that jetliner. Both perished that morning. In the following days I began to consider how peace might be achieved if people could begin to see each other as human beings, as opposed to “the scary other” that was being broadcast on every major U.S. news station. Through my research and studies, I discovered the Contact Theory, a central tenet of peace building.

Contact Theory was first developed in the 1950s by renowned researcher Gordon Allport, and is based on the belief that separation and unfamiliarity between conflicting groups can, and often does, breed negative attitudes such as stereotypes and prejudices which can potentially escalate into hostility and violence. Contact Theory posits that these negative attitudes can be reduced by promoting contact and familiarity between the conflicting groups. It emphasizes the development of personal relationships on a more intimate level. Contact Theory works best when it is applied to youth and children’s peace building programs. The change in attitudes and beliefs, which happens in the formative stage of a young person’s life, creates the conditions necessary for youth to form lasting relationships built on mutual trust and respect. Sustainable peace is rooted in relationships that maintain a sense of connectedness, trust, and the ability to communicate in a nonviolent manner.

PeacePlayers International (PPI), Seeds of Peace (SOP) and Dancing Classrooms – Pittsburgh (DCP) are examples of organizations that successfully operate under the principles of Contact Theory.

PPI is a global organization that uses sports to unite and educate young people in divided communities. PPI operates under the premise of “children who play together can learn to live together.” It is a great example that you destroy your enemies by making them your friends. In Northern Ireland, for example, PPI uses the game of basketball to unite, educate and inspire Catholic and Protestant young people. A formal peace accord between the Catholic and Protestants was signed in 1998, but tensions remain. The schools and neighborhoods are highly segregated. Less than seven percent of Northern Ireland’s pupils attend integrated schools. It will likely take many generations to erode these long-standing barriers so that Catholics and Protestants no longer view each other as the “other side.” Since 2001, PPI has successfully offered joint sports training, peace education, and life skills activities to over 65,000 youth from 12 countries.

A significant goal of SOP is to enable their dialog program participants to see the human face of their enemies, and from that experience build relationships based on mutual trust and respect. SOP operates a camp in Otisfield, Maine that serves as its programming foundation. Israeli and Palestinian youth, for example, spend three and a half weeks together in intense dialog and recreational and team building activities. The experience is transformational. Since 1993, more than 5,000 graduates of the program, referred to as “Seeds,” are becoming today’s politicians, journalists, teachers, business leaders, community organizers, and above all, peacemakers.

Respect and compassion are the guiding principles of DCP. DCP uses ballroom dancing as a tool to break down social barriers, teach about honor and respect, treat others carefully, improve self-confidence, communicate and cooperate and accept others even if they are different. Since 2009, more than 3,300 Pittsburgh children in 234 fifth and eighth-grade classrooms have benefited from DCP.

The impact of the PPI, SOP and DCP programs can be seen, both anecdotally and through independent studies. PPI, for example, has completed the first year of a three-year Randomized Control Trial (RCT) led by New York University Researchers and funded by USAID and the United States Institute of Peace. Initial data is showing that intergroup attitudes of participants are improving significantly as a result of participation in the program. The longer the participant had been in the program, the greater the improvement in attitudes. SOP conducted a similar study through the University of Chicago that has shown similar results. DCP research findings indicate significant improvement regarding student’s perception of social support, diversity interaction, self-worth, and school success.

The process of peace building is complex. Attitudinal change is just one component in this process. It requires a long-term commitment with the realization that it may take many generations to undo the hatred, fears, and violence that have been passed down from one generation to the next. The aim of using Contact Theory is to break the cycle, and by doing so, contribute to the building of the sustainable peace all children deserve.
~~~~~~~~~~~~

Thomas B. Etzel, syndicated by PeaceVoice, is President and Founder of the Global Foundation (GPBF).

Donate
By Rise Up TimesPublished On: September 11th, 2015Comments Off on 9/11| Breaking the Cycle: How to Build Sustainable Peace Using the Contact Theory