▶ RT: Julian Assange on The US Empire, Plans on Overthrowing Assad, The WikiLeaks Files

Afshin Rattansi goes underground with the world’s most wanted publisher – the founder of WikiLeaks, Julian Assange. He has just co-authored a book – the WikiLeaks Files, and it paints a picture of systemic US torture and killing as well as the destruction of the lives and livelihoods of billions of people right around the world.

WikiLeaks founder Julian Assange has opened up about his new book, ‘The WikiLeaks Files,’ speaking about the ‘US empire’ and telling RT’s ‘Going Underground’ program that Washington had plans to overthrow Syria’s government long before the 2011 uprising began.

Speaking to ‘Going Underground’ host Afshin Rattansi, Assange referred to the chapter on Syria, which goes back to 2006. In that chapter is a cable from US Ambassador William Roebuck, who was stationed in Damascus, which apparently discusses a plan for the overthrow of the Assad government in Syria.

“…That plan was to use a number of different factors to create paranoia within the Syrian government; to push it to overreact, to make it fear there’s a coup…so in theory it says ‘We have a problem with Islamic extremists crossing over the border with Iraq, and we’re taking actions against them to take this information and make the Syrian government look weak, the fact that it is dealing with Islamic extremists at all.’”

He added that the most serious part of the plan was to “foster tensions between Shiites and Sunnis. In particular, to take rumors that are known to be false…or exaggerations and promote them – that Iran is trying to convert poor Sunnis, and to work with Saudi and Egypt to foster that perception in order to make it harder for Iran to have influence, and also harder for the government to have influence in the population.” 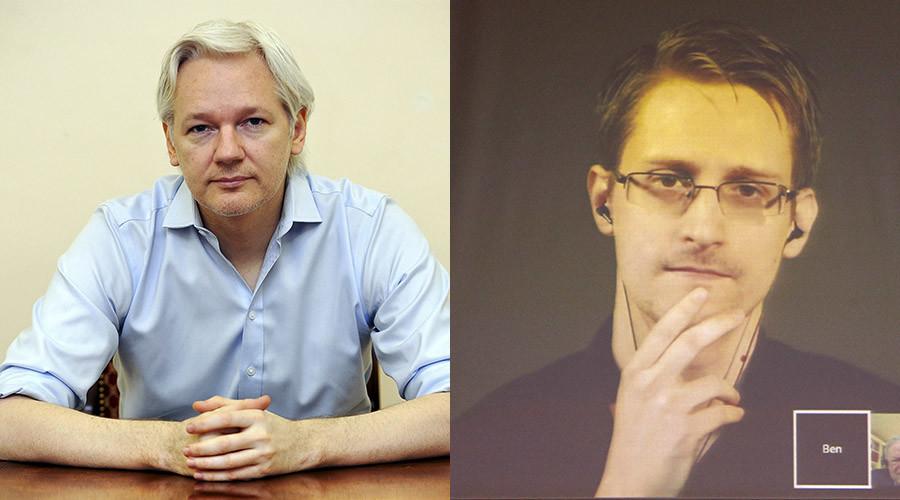 #Assange says it was he who advised #Snowden to turn to Moscow for refuge http://on.rt.com/6q5h

Assange stressed that this particular cable was “quite concerning,” adding that while you often have to read between the lines in cables, “its all hanging out” in that one.

To understand what is happening in and around Syria, one must look at regional alliances, Assange said.

“Part of the problem in Syria is that you have a number of US allies surrounding it, principally Saudi and Qatar, that are funneling in weapons. Turkey as well [is] a very serious actor. [They] each have their own hegemonic ambitions in the region. Israel also, no doubt, if Syria sufficiently destabilized, it might be in a position where it can keep the Golan Heights forever, or even advance that territory. So you’ve got a number of players around Syria that are looking to bite off pieces…”

Assange said that when the US government wants something, it brings together the various arms of American power – including military, intelligence, financial, and commercial, as well as its informational and diplomatic power, in order to “push” on a country.

But Washington’s habits don’t pay off so easily in South America, according to Assange. He said the US empire’s influence is harder to achieve there, because those nations are surrounded by relatively supportive states.

One cable in Assange’s book details an instance when the US went to Brazil, telling the country that it wanted to reign in Venezuela. Brazil responded with a resounding “no.”

But while Assange maintains that the US is indeed an empire, he says it’s not one in the classical sense. Instead, its imperialism lies in over 1,400 US military bases in more than 120 countries, as well in its trade deals.

“It uses these mechanisms of its embassies, of its military bases, of its presence in organizations like the UN and IMF, in order to secure advantageous deals and structures for the largest American companies.” 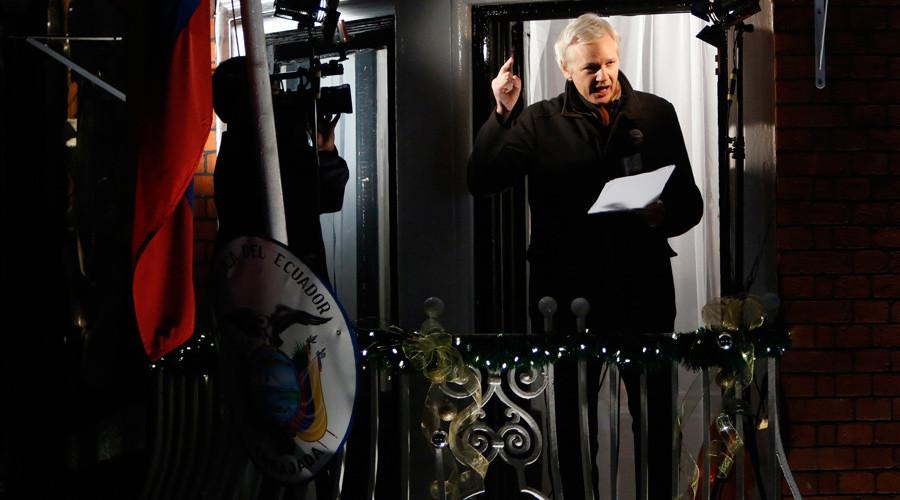 Assange spoke to RT from the Ecuadorian embassy, where he has been holed up for three years. He has been granted asylum in the Latin American country, but should he leave the embassy and step on British soil, he faces extradition to Sweden, where he faces accusations of sexual assault.

From Sweden, the WikiLeaks founder fears he could be extradited to the US to face trial over WikiLeaks’ publication of classified US military and diplomatic documents five years ago – which amounted to one of the largest information leaks in United States history. If found guilty by a US court under the Espionage Act, Assange could face life imprisonment or even the death penalty.

The British government has so far spent £12 million (US$18.4 million) on a round-the-clock police operation outside the Ecuadorian embassy, with officers standing guard to arrest Assange if he leaves the premises.

← ▶ ENBRIDGE! A Massive Oil Pipeline Under the Great Lakes Is Way Past Its Expiration Date
▶ Cynthia McKinney: WikiLeaks Denied →