Recognizing our need to support one another, to overcome the scourges of our time, to pick up a pace commensurate to the needs of those surrounding us, focused on our sick society with the same determination to heal that we would bring to a very sick child, we all have the task of going beyond our places of comfort, of escaping the stable and trotting if we can’t manage to gallop, of building new affinities in which to imagine and then co-create a better world. 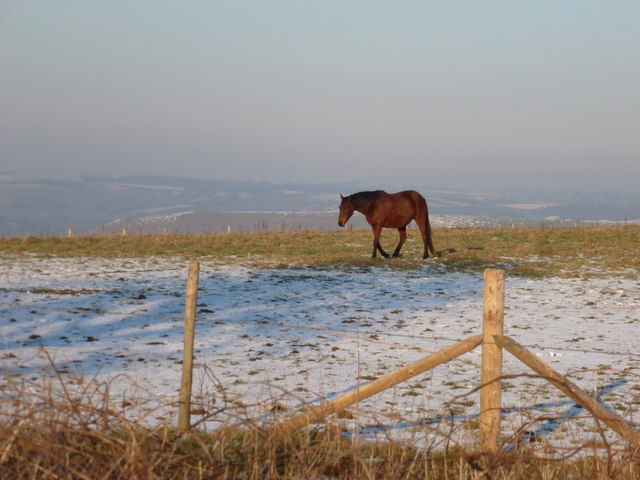 Here in Lexington federal prison’s Atwood Hall, squinting through the front doorway, I spotted a rust-red horse swiftly cantering across a nearby field. The setting sun cast a glow across the grasses and trees as the horse sped past. “Reminds me of the Pope,” I murmured to no one in particular. “What’s that?” Tiza asked. I tried to explain that once, when I asked a close friend his opinion of the Pope, shortly after Catholic bishops had elected Pope Francis, my friend had said, “The horse is out of the stable! And galloping.”

I love the image. Here is a Pope who, upon learning that a chaplain in a Chinese prison couldn’t afford to buy the traditional “moon pies” for every prisoner to celebrate the harvest moon, cut a check to cover the remaining cost. This Pope loves the tango dance. On his birthday, tango dancers filled St. Peter’s Square at the time when ringing bells call on believers to kneel and recite the Angelus.

In September, 2015, Pope Francis will visit New York City, Washington, D.C. and Philadelphia. Tiza and I wondered if he would visit a prison. “If he does, he should come here,” Tiza insisted, “and not go to some showcase place!” I don’t think he’ll be able to put Kentucky on his agenda, but it’s not outlandish to imagine the Pope visiting a U.S. prison. He consistently emphasizes our chance to choose the works of mercy rather than the works of war: to visit those who are sick, those who are in prison; to feed the hungry, clothe the naked, bury the dead. Never to turn our heads, say “it was their own damn fault”; never to choose wars and weapons, the burning of fields, destruction of homes, slaughter of the living.

Women here pray for the Pope every week, their prayers guided by a Jesuit priest, a tall, balding man with a long, white beard and a kindly manner. “He’s the one who looks like a mountain man,” Tiza once told me.

At the beginning of a 40-day season of atonement called Lent, the priest’s message was stark and simple: “Our world is very sick.” He asked the women before him to recall how each might feel, as a mother, if her child is sick. “Nothing else matters,” said the priest. “You’re focused on your child.” He urged us to focus on healing an ailing world with just as much fervor. Following his words, we joined in prayer for the Pope, a symbol of unity, collecting our desires for a world at peace, where people’s basic needs are met and all children can thrive.

A few evenings later, while walking up the stairs toward my 3rd floor room, I heard a woman wailing. “Not my baby!” she cried, in pure anguish. “Not my baby!” She had collapsed to the floor in the middle of a phone call telling her that her four year old child had been rushed to the hospital, unconscious. Her closest friends were soon at her side, holding her, soothing her. Word spread through the prison. After the 9:00 PM “count,” women did what they could. Dozens of women filled the first floor chapel, praying for hours for the prisoner, for her child, for the child’s caregivers, for the hospital personnel.  Word arrived, the next day, that the child had regained consciousness.

The good priest had chosen a metaphor that women here could readily understand.

Gypsi, one of my roommates, saves her funds for phone calls, twice a week, with her small daughters, age 3 and 5. Prisoners can make 15 minute calls, at 21 cents per minute.

One night, Gypsi came back from her call, red-eyed but smiling. Meekah, her younger daughter, can trade song verses with Gypsi. “Momma, let’s sing one more!” Meekah had cried. “Please sing another song!” But, instead, a loud beep signaled that the call was over.

“As the days passed, Iraz and Hatche… shared everything, including their troubles.  Hatche knew Riza’s height, his black eyes, his slim fingers, his dancing, his childhood, what he had done as a child, with what trouble Iraz had brought him up, the whole story… down to the last detail, as if she had lived through and seen it all herself.  It was the same with Iraz.  She too knew everything about Memed, from the day he and Hatche had first played together as children.”

Yes, it’s like that among women in prison. Tremendous focus. And yet, as Kemal adds, “Anyone going to prison for the first time is confused on entering so different a world. One feels lost in an endless forest, far away, as if all ties with the earth, with home and family, friends and loved ones, with everything, have been broken. It is also like sinking into a deep and desolate emptiness.”

Worldwide, impoverishment shackles women to unspeakably harsh conditions and makes them vulnerable to predators. Lacking protection, they are sold into human trafficking rings, subjected to forced labor, forced prostitution and forced removal. Widows and orphans find themselves penniless and defenseless. More than 115 million widows live in extreme poverty around the world, with a half billion children dependent on their care and support: Gary Haugen, in The Locust Effect (2014, Oxford University Press), presents in careful and disheartening detail a discussion of the sea change needed to uphold the rights of impoverished women and children. Sadly, in many places, traditions and customs regard women as being less valuable, subordinating them and treating them as property.

Sometimes, we have to interrupt ourselves in our relative comfort and estimate how we can bring to bear our best resources in the name of changing criminal, wrongful patterns.

Pope Francis faces an extraordinary possibility. He could rely on Catholic teaching which proclaims that humans are all part of “one bread, one body,” emphasizing that women and men are equal to each other; and he could promote an exemplary practical consequence of this teaching by embracing “the priesthood of all believers,” welcoming women as well as men to follow a vocation into ordained ministry. It would be a dramatic change, an arrow pointing toward new expectations and possibilities regarding the status of women.

Coretta Scott King says that in the moments after John F. Kennedy was assassinated, her husband, Dr. Martin Luther King, turned to her and said, “This is what is going to happen to me also. I keep telling you, this is a sick society.” She could only agree that he was right; and he was. Yet his service to equality and his fierce courage to reject violence couldn’t be killed. He took us with him to that mountaintop, entrusting to us a new vision and a way forward.

Pope Francis must indeed feel the challenge of the past century’s social justice visionaries, many of them cruelly vilified and rejected – many sent by violence from the world. Assassination is on the rise: the “kill list” is now an openly acknowledged part of U.S. policy. I know that women here will continue to pray for a sick society, and for the Pope, long after I leave.

I will continue to feel deeply moved by our “mountain man”‘s humble, direct plea, asking us to focus for forty days on our very sick world. Lent ends today, “Good Friday” is tomorrow.  Saturday is the anniversary of our loss of Dr. King, who, on an April 4th exactly one year before his death, told us that “we are called to play the Good Samaritan on life’s roadside, but that will be only an initial act. One day we must come to see that the whole Jericho Road must be transformed so that men and women will not be constantly beaten and robbed as they make their journey on life’s highway.”

In just a few more weeks, I’ll be moving on from here. The other members of our congregation will remain, and, along with so many of the world’s most expendable people, will remain nearly invisible to corporate forces driving humanity to nightmarish war, horrifying inequalities in wealth and education, and the irreversible destruction of natural resources nearly as precious as the squandered hopes of these women.

Where you stand determines what you see. Transformation of the Jericho Road must begin with actually stopping there. In Atwood Hall, our “mountain man” earnestly spoke to us as the people with whom the transformation starts, as people both vital and central to the healing he yearns for. If it comes, it will have started in a million places like this one.

Recognizing our need to support one another, to overcome the scourges of our time, to pick up a pace commensurate to the needs of those surrounding us, focused on our sick society with the same determination to heal that we would bring to a very sick child, we all have the task of going beyond our places of comfort, of escaping the stable and trotting if we can’t manage to gallop, of building new affinities in which to imagine and then co-create a better world. I hope the Pope will pick up the scent of spring renewal, maybe even imagine a Kentucky Derby, as he prepares to speak a clarion and expansive wake-up call, calling us to sing another song, a new song: just as we’ve called to him.

From Voices for Creative Nonviolence: We’re respectfully submitting this Good Friday/MLK anniversary article on behalf of Kathy Kelly who is in Kentucky federal prison for just three more weeks. Credit for the attached suggested photo is to Chris Downer who has creative-commons-licensed it for public use, as documented here. Thank you very much. – Sean Reynolds, Voices for Creative Nonviolence

Donate
By Rise Up TimesPublished On: April 5th, 20151 Comment