One American sniper called Iraqi natives “savages,” compared them to American welfare recipients, and bragged about looting their homes after killing them. Another American sniper became so disgusted by what he had done that he started the first-ever antiwar blog…

One American sniper called Iraqi natives “savages,” compared them to American welfare recipients, and bragged about looting their homes after killing them. Another American sniper became so disgusted by what he had done that he started the first-ever antiwar blog, and is actively encouraging his fellow soldiers to use their First Amendment rights to speak out against what he calls an “illegal occupation” in Iraq. Guess which one had a blockbuster movie made about him, and which one got ignored?

Between February 2004 and February 2005, Garett Reppenhagen was a sniper in Iraq’s Diyala province, serving as a cavalry scout with the U.S. Army. It was his job to conceal himself near roadsides and kill anyone he saw planting IEDs. He was also ordered to wait in fields and target Iraqi insurgents pulling up in pickup trucks to launch mortars on American bases. While Navy SEAL Chris Kyle, who killed over 160 people during his time in Iraq, relished in pulling the trigger and wrote “I only wish I had killed more” in his memoir, Reppenhagen became increasingly more remorseful after each kill.

“Every time I pulled the trigger, I had to really convince myself that I was saving a buddy of mine. And it got increasingly difficult,” Reppenhagen told an audience at Colorado College in May of 2011. 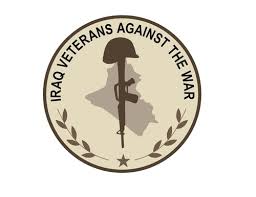 Reppenhagen came from a military family – his father was a Vietnam veteran, and his grandfather served in World War II. He enlisted in 2001 and was stationed in Vilseck, Germany, with the 2-63 Armored Battalion, 1st Infantry Division. Between 2002 and 2003, his division was stationed in Kosovo on a peacekeeping mission. After completing international interdiction training at the NATO Special Forces School in Steton, Germany, he was deployed to Iraq in 2004. During that time, Reppenhagen learned that most of the men in his division were serving simply because a recruiter had bullied them into joining to get out of a bad economic situation. One of his fellow soldiers from Los Angeles had joined the military to get away from the gangs in his neighborhood. Another man from Ohio joined because the factory in his rust belt town had shut down and jobs were scarce.

“It was just 2 months of basic training for a cavalry scout, and out we come,” Reppenhagen said. “They’re just like you. They were given a bad haircut and an M-16 in their hands and they’re scared shitless.”

As Zaid Jilani recently wrote, the film “American Sniper” uses clever editing to suggest that Iraq was somehow responsible for 9/11: In one scene, Chris Kyle is watching the 9/11 attacks unfold on TV. In the next scene, Kyle is seen deploying to Iraq. But unlike Kyle, Reppenhagen became aware that he and his division were risking their lives in Iraq for fabricated causes, and actively started speaking out against the war.

“It was the conduct of the war that really started turning me, and the fraudulent causes that sent me there that really put me over the edge,” Reppenhagen said. “There were no ties to 9/11, no weapons of mass destruction.”

Reppenhagen later started the first-ever antiwar blog, which was called “Fight to Survive.” It became a place where he and his fellow soldiers could share combat experiences with the world that would shape their view of the war and make the case for their outspoken opposition.

In one blog entry from November 13, 2006, a soldier who identifies only as “Hellblazer” wrote a detailed post about a skirmish that erupted in the city of Ba’Quba in 2004. After an hour of receiving gunfire from all sides and getting orders to “shoot anything the [sic] moved,” Hellblazer noticed an insurgent with an AK-47 run out from a corner across a nearby street. Despite Hellblazer’s chasing him with machinegun fire, the Iraqi made it to another corner and out of sight. But one of the targets in the gun’s wake was a trailer that had been riddled with Hellblazer’s bullets.

“Now falling out from behind this trailer was the body of a teenage boy. The void in his chest replaced what was once his heart and his body convulsed slightly as his nerve endings fired their last. His body lay there in the filthy dirty street, muddy water surrounding him from the drainage of the nearby houses … Nausea filled my stomach and a cold feeling overtook my flesh. How long had he been behind that trailer? Had he been there through the whole mess? Not to [sic] long afterwards, an older man emerged from around a corner, immediately collapsing nest [sic] to the young man’s body.”
– Excerpt from The Day That Haunts Me, by “Hellblazer”

During his 2011 lecture at Colorado College, Reppenhagen noted that 18 veterans commit suicide every day (now 22 veteran suicides per day), and that more veterans have committed suicide after returning from combat than have been killed while serving in Iraq and Afghanistan, combined. He theorizes that atrocities like the Haditha massacre of 2005 and the slaughter of Iraqis at a canal in 2007 are perpetrated by veterans who have been diagnosed with post-traumatic stress disorder and traumatic brain injury re-deploying again and again, making them less stable in battle.

Reppenhagen’s theory was sadly and ironically proved by the death of famed “American Sniper” Chris Kyle. It wasn’t an insurgent in a foreign battlefield who ended Kyle’s life in February of 2013, but a traumatized veteran named Eddie Ray Routh, at a shooting range in Texas. In the June 2013 issue of The New Yorker, Routh was profiled as a troubled young man who succumbed to his inner demons after a tour of duty. His father recalled one telephone call from Iraq in which Routh hinted that he had killed a child.

“More veterans are killing themselves than are dying in Iraq and Afghanistan,” Reppenhagen said in 2011. “You think they’re coming home because they’re proud of what they did? 3rd Brigade just came back to Fort Carson two weeks ago, and six of them killed themselves already.”

After his honorable discharge in 2005, Reppenhagen became the first active duty member of Iraq Veterans Against the War (IVAW). Since then, IVAW has simultaneously become a vast antiwar movement and a support community for returning veterans who are proud of serving their country, but want to express their opposition to the acts carried out around the world in their name.

“There are ways to resist this war within army regulations. You still obtain your rights as a citizen,” Reppenhagen said at a lecture in March of 2008. “You’re able to use those rights, and you should, since you’re the one sacrificing to protect those rights. It’ll be a shame if the actual use of your First Amendment right becomes unpatriotic.”

Today, IVAW is in 48 states, Washington D.C., Canada, and military bases around the world, including Iraq. Its members advocate for full funding of the office of Veterans Affairs, full quality healthcare (including mental healthcare) and full benefits for veterans when they return from duty. While IVAW reaches out to returning veterans, Reppenhagen is quick to separate their methods of engagement from military recruiters.

“We’re not gonna come out and recruit soldiers and veterans. We’re not going to try to trick you into joining us. But we will ask you,” Reppenhagen said.

“There’s a lot of pride in joining our army, our corps,” he continued. “We can fight for a cause that will change America and the world for the better and stop these occupations.”

Donate
By Rise Up TimesPublished On: February 7th, 2015Comments Off on The American Sniper Turned Anti-War Activist the Media Didn’t Tell You About