For CIA officials, the prosecution wasn’t only to punish Sterling and frighten potential whistleblowers; it was also about payback, rewriting history and assisting with a PR comeback for the operation as well as the agency.

In the cause of protecting government secrets, the CIA and Justice Department made an example of ex-CIA officer Jeffrey Sterling by convicting him of exposing a dubious covert operation without presenting clear-cut evidence that he did, a chilling message to others, notes Norman Solomon.

The leak trial of CIA officer Jeffrey Sterling never got near a smoking gun, but the entire circumstantial case was a smokescreen. Prosecutors were hell-bent on torching the defendant to vindicate Operation Merlin, nine years after a book by James Risen reported that it “may have been one of the most reckless operations in the modern history of the CIA.”

That bestselling book, State of War, seemed to leave an indelible stain on Operation Merlin while soiling the CIA’s image as a reasonably competent outfit. The prosecution of Sterling was a cleansing service for the Central Intelligence Agency, which joined with the Justice Department to depict the author and the whistleblower as scurrilous mud-throwers. 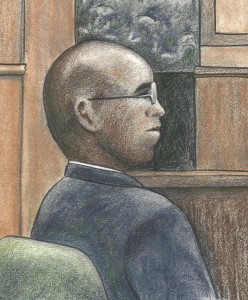 In the courtroom, where journalist Risen was beyond the reach of the law, the CIA’s long-smoldering rage vented at the defendant. Sterling had gone through channels in 2003 to warn Senate Intelligence Committee staffers about Operation Merlin, and he was later indicted for allegedly giving Risen classified information about it. For CIA officials, the prosecution wasn’t only to punish Sterling and frighten potential whistleblowers; it was also about payback, rewriting history and assisting with a PR comeback for the operation as well as the agency.

Last week, the jury — drawn from an area of Northern Virginia that is home to CIA headquarters, the Pentagon and a large number of contractors for the military-industrial-intelligence complex — came back with guilty verdicts on all counts. The jurors had heard from a succession of CIA witnesses as well as former Secretary of State Condoleezza Rice, extolling Operation Merlin and deploring any effort to lift its veil of secrecy.

During the first half of the government’s six days of testimony, the prosecution seemed to be defending Operation Merlin more than prosecuting Jeffrey Sterling.

Prosecutors defamed Sterling’s character in opening and closing arguments, but few CIA witnesses had anything bad to say about him. The notable exception, CIA official David Cohen — who ran the agency’s New York office when Sterling worked there — testified that “his performance was extremely sub-par.”

Cohen’s affect on the stand gave new meaning to the term hostile witness. He exuded major antipathy toward Sterling, who had been one of the CIA’s few American-American case officers. Sterling filed a racial bias lawsuit before the agency fired him.

“In the wake of 9/11, Cohen moved from the CIA to the NYPD,” Marcy Wheeler wrote. “In 2002, he got a federal court to relax the Handschu guidelines, which had been set up in 1985 in response to NYPD’s targeting of people for their political speech. … After getting the rules relaxed, Cohen created teams of informants that infiltrated mosques and had officers catalog Muslim-owned restaurants, shops, and even schools.”

From the government’s standpoint in the courtroom, the worse it could make Sterling look, the better the CIA and Operation Merlin would look, and vice versa. Throughout the trial, prosecutors put forward their case as a kind of seesaw, elevating the operation while pushing Sterling into the dirt — repeatedly depicting the defendant as a bitter malcontent who failed to appreciate the nobility and great expertise that went into Operation Merlin.

“It was a brilliant operation,” a Russian scientist exclaimed in a videotaped deposition. Known as Mr. Merlin during the trial, he had played a central role in Operation Merlin, delivering flawed design materials for a nuclear weapon component to an Iranian office in Vienna back in 2000. (The scientist was a recipient of several hundred thousand dollars as a CIA “human asset.”) In theory, those materials would send Iran’s government down a dead-end technical path.

Mr. Merlin’s testimony, passably smooth under government questioning, turned into a hash during cross examination. Well before the defense was done with the Russian, the unraveling of his performance made it easy to see why the government had tried to exclude him as a witness, claiming he was too ill to testify.

Few reporters covered the bulk of the trial’s several dozen hours of testimony. (In the courtroom each day, I usually saw no more than three or four other journalists present.) The dire shortage of thorough coverage meant that news media did very little to illuminate the profuse contradictions and disturbing implications that riddled the testimony from more than 20 employees of the CIA.

From the crumbling credibility of Mr. Merlin, to the wavering or contradictory testimony of “Zach W,” “Bob S,” “Walter C” and other CIA operatives, to the notably inaccurate testimony of former CIA nonproliferation division honcho David Shedd, to many other witnesses, the puzzle pieces that the CIA presented for Operation Merlin had gaping holes and numerous disconnects.

The trial is over, and — although the proceedings did not truly establish guilt beyond a reasonable doubt — Jeffrey Sterling has been convicted on nine felony counts, including seven under the egregiously misapplied Espionage Act of 1917. His sentencing is scheduled for late April. But the issues raised at the trial are far from settled. And the stakes remain huge.

In the words of Risen’s book, Operation Merlin “has been conducted in the darkest corner of the American national security establishment.” Today, that corner is even dimmer and more dangerous.

Since the end of the Clinton administration, the CIA has expanded its missions and heightened its impunity. An agency that insists it can do no wrong has amassed a grisly Twenty-first Century record of torture, rendition and drones, fueling the kind of terrorism that Presidents Bush and Obama have claimed to be combating.

If Operation Merlin is supposed to be some kind of exemplar for covert CIA actions that must be shielded from public scrutiny, the government is further undermining its case for cracking down on whistleblowers. The Sterling trial record — far from being exculpatory for Operation Merlin — indicates that the CIA program was, if anything, even more shoddy and irresponsible than Risen’s book reported. More secrecy can only breed more impunity.

The trial of Jeffrey Sterling shook loose more serious questions about Operation Merlin than it laid to rest. The last big shoe in this real-life saga has yet to drop.

Norman Solomon is the executive director of the Institute for Public Accuracy and the author of War Made Easy: How Presidents and Pundits Keep Spinning Us to Death. He is a co-founder of RootsAction.org. [This article originally appeared at ExposeFacts.org]

← ▶ Modern Politicians Bewilder Us Into Submission By Treating Reality Like Conceptual Art
▶ Howard Zinn: Have a More Interesting Life →