Being as how we are a social species, I believe we have solemn responsibilities to one another. I believe it is our duty to take proper care of each other. Why wouldn’t it be? What else is a society good for?

by OPOL  The Humanitarian Left   June 2014
I think of myself as being part of the humanitarian left. That’s not a formal thing (afaik). I’m not an ideologue, a dedicated Marxist or committed socialist (though I do lean that way). I just come down on the left side of things because that’s where one finds compassion, charity, kindness, altruism, etc.- all those things that I perceive to be the best of which we are capable. I define myself as a leftist in opposition to what one finds on the right: selfishness, greed, profits over people, authoritarian meanness, police-state regulation of the powerless and lawlessness for the rich and powerful. It’s easy to be selfish and mean, perhaps that’s why so many people are. It’s much harder, and more laudatory in my view, to be a humanitarian. After all, what does the world need more of? Mean, selfish, greedy assholes? Or humanitarians? I think the answer is obvious.
Like I say, I’m no communist but my sympathies definitely lie with:
The unemployed
The under-employed
The under-paid
The unfortunate
The downtrodden
The oppressed
The imprisoned
The homeless
The discriminated against
The suffering masses
If that makes me a commie in your book, so be it. What I think I am is a humanitarian.
I realize that my left/right characterization is simplistic and that it’s not all that black and white, that the issues are many-layered and complex. That’s just a quick and crude summary of my personal view of it. Apologies to compassionate conservatives, should there be any, or well-meaning centrists.

Also, apologies to doctrinaire or academic leftists who might prefer a more orthodox approach to the language of the left. While I want to be informed by history always, science and truth as well, I want to take only what is most useful from old ideologies and be flexible and thoughtful about meeting our unprecedented challenges. I’m the Bruce Lee of armchair philosophers (I suppose only martial artists will get that reference): I believe in taking from here and from there what is of use and discarding the rest. I think we need to be thoughtful, open-minded, eclectic and practical while embracing compassion and cooperation as we seek new ways forward to a new world. Forward is the operative word. It’s time for humanity to advance while it still can. I don’t think the prescription for our ills has yet been written. We have to do it ourselves. And we have to be massively creative. We need to rethink and re-imagine everything. We need to see with new eyes. 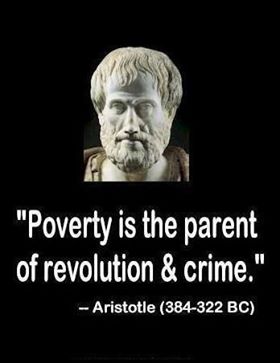 Donate
By Rise Up TimesPublished On: June 29th, 2014Comments Off on OPOL: The Humanitarian Left