A web of deception has finally been untangled: the Justice Department got the US supreme court to dismiss a case that could have curtailed the NSA’s dragnet. Why?

It turns out neither of two statements that held up in the nation’s highest court were true – but it took Snowden’s historic whistleblowing to prove it.

By Trevor Timm  theguardian.com  17 May 2014
If you blinked this week, you might have missed the news: two Senators accused the Justice Department of lying about NSA warrantless surveillance to the US supreme court last year, and those falsehoods all but ensured that mass spying on Americans would continue. But hardly anyone seems to care – least of all those who lied and who should have already come forward with the truth. Here’s what happened: just before Edward Snowden became a household name, the ACLU argued before the supreme court that the Fisa Amendments Act – one of the two main laws used by the NSA to conduct mass surveillance – was unconstitutional.

In a sharply divided opinion, the supreme court ruled, 5-4, that the case should be dismissed because the plaintiffs didn’t have “standing” – in other words, that the ACLU couldn’t prove with near-certainty that their clients, which included journalists and human rights advocates, were targets of surveillance, so they couldn’t challenge the law. As the New York Times noted this week, the court relied on two claims by the Justice Department to support their ruling: 1) that the NSA would only get the content of Americans’ communications without a warrant when they are targeting a foreigner abroad for surveillance, and 2) that the Justice Department would notify criminal defendants who have been spied on under the Fisa Amendments Act, so there exists some way to challenge the law in court. It turns out that neither of those statements were true – but it took Snowden’s historic whistleblowing to prove it. 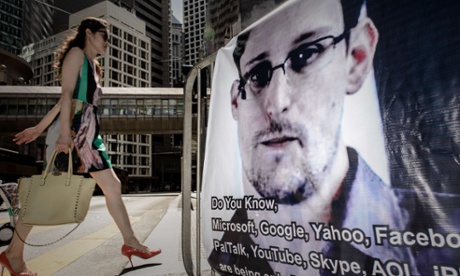 One of the most explosive Snowden revelations exposed a then-secret technique known as “about” surveillance. As the New York Times first reported, the NSA “is searching the contents of vast amounts of Americans’ e-mail and text communications into and out of the country, hunting for people who mention information about foreigners under surveillance.” In other words, the NSA doesn’t just target a contact overseas – it sweeps up everyone’s international communications into a dragnet and searches them for keywords. The Snowden leaks also pushed the Justice Department to admit – contrary to what it told the court – that the government hadn’t been notifying any defendants they were being charged based on NSA surveillance, making it actually impossible for anyone to prove they had standing to challenge the Fisa Amendments Act as unconstitutional.
It’s unclear how much Solicitor General Donald Verrilli knew when he told the government’s lies – twice – to the justices of the supreme court. Reports suggest that he was livid when he found out that his national security staff at the Justice Department misled him about whether they were notifying defendants in criminal trials of surveillance. And we don’t know if he knew about the “about” surveillance that might well have given the ACLU standing in the case. But we do know other Justice Department officials knew about both things, and they have let both lies stand without correcting the record. Lawyers before the supreme court are under an ethical obligation to correct the record if they make false statements to the Court – even if they are unintentional – yet the Justice Department has so far refused.
As ACLU deputy legal director Jameel Jaffer explained, the Justice Department has corrected the record in other cases where it was much less clear-cut whether it had misled the court. The government’s response, instead, has been to explain why it doesn’t think these statements are lies. In a letter to Senators Ron Wyden and Mark Udall that only surfaced this week, the government made the incredible argument that the “about” surveillance was classified at the time of the case, so it was under no obligation to tell the supreme court about it. And the Justice Department completely sidestepped the question of whether it lied about notifying defendants, basically by saying that it started to do so after the case, and so this was somehow no longer an issue. But there’s another reason the government wanted any challenge to the Fisa Amendments Act dismissed without being forced to argue that it doesn’t violate the Fourth Amendment: it has an extremely controversial view about your (lack of) privacy rights, and probably doesn’t want anyone to know. As Jaffer wrote here at the Guardian earlier this week, the government has since been forced to defend the Fisa Amendments Act, and it’s pretty shocking how they’ve done it. Here’s what the government said in a recent legal brief:

The privacy rights of US persons in international communications are significantly diminished, if not completely eliminated, when those communications have been transmitted to or obtained from non-US persons located outside the United States.

This is an incredibly radical view of the right to privacy. We already know the government does not think you have any right to privacy when it comes who you talk to, or when, or for how long, or where you are while you’re talking. Now the government has said, in court, that you don’t have any right to the content of private conversations with anyone who is located outside the United States – or to any domestic communication remaining private if it is, at some point, transmitted overseas, which happens often. Jaffer explained the consequences of this view:

Intelligence director James Clapper’s infamous lie to Congress – in which he claimed just months before Snowden’s leaks that the NSA was not collecting data on millions of Americans – will certainly follow him for the rest of his career even if it never leads to his prosecution. But while Clapper almost certainly broke the law, the senate committee members in front of whom he spoke knew the truth regardless. The Justice Department, on the other hand, convinced the supreme court to dismiss a case that could have dramatically curtailed the NSA’s most egregious abuses of power based on false statements. And now all of us are forced to live with the consequences of that.

Trevor Timm is executive director of the Freedom of the Press Foundation, a non-profit organization that supports and defends journalism dedicated to transparency and accountability. You can follow him on Twitter at @TrevorTimm.

Donate
By Rise Up TimesPublished On: May 19th, 20142 Comments