Two videos, one in Como Park, St. Paul MN and one in Afghanistan. 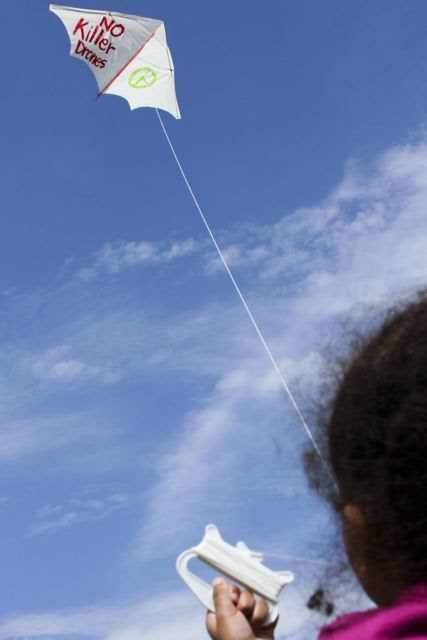 On May 10, 2014 Women Against Military Madness sponsored a Fly Kites Not Drones gathering at Como Park in St. Paul MN, a day to bring  children who decorated their own kites and then flew them.
The kite flyers attracted a lot of attention and several people who were just out for a nice day joined in to fly kites. WAMM members handed out information about drones and No Killer Drone stickers to people who stopped to watch.  All together, about 35 people actually participated, plus many watchers. Several Fly Kites Not Drones events have taken place in solidarity around the country with the Afghan Peace Volunteers in Afghanistan.

On the 23rd of March, 2014, the Afghan Peace Volunteers went to a hilltop overlooking Kabul City and celebrated the Afghan New Year with a wish for freedom from U.S. / NATO drone attacks. “Fly Kites Not Drones!” they sounded on the hill.

They flew kites in their country, Afghanistan, which has become the epicenter of drone warfare, to protest the drones that are ‘killing women, killing children and killing the people’, says one of the Afghan Peace Volunteers.  The winds were strong, the skies were laden with grey clouds. Rain was in the air but so were the kites, flying happily, flying fervently.
Doesn’t anyone see the Afghan kites, the Pakistani kites, the Yemeni kites, American kites, the kites from the UK, and the kites of the world?
Doesn’t anyone see the kites in our hearts, kites that stand defiantly against the unmanned drones?  We couldn’t keep the kites inside even on a rainy day, so we flew them!  Fly those kites!

This video at Como Park is longish, but you might want to watch at least part of it.  Also, it is difficult to see the kites because of course with them in the air there is a lot of territory to cover. But the kids and the kid in the adults had a good time, besides raising awareness about a serious issue. The video does not do credit to the large kites made by Roger Cuthbertson, which also were flown; Roger has been flying No Drones kites for several years. They are spectacular. 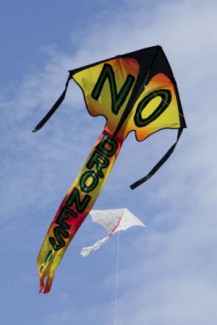