Today, Congress Votes on an Amendment to Defund Domestic Spying: Here’s How You Can Help

There’s a fight brewing in Washington around NSA surveillance, and pro-privacy Representatives from both parties are taking the battle to the budget. The House is gearing up for a vote on the Defense Appropriations Bill (basically, the budget for the Department of Defense) and a bipartisan coalition of Representatives will be introducing a novel amendment that attempts to strike at funding for one type of particularly egregious surveillance power of the NSA. 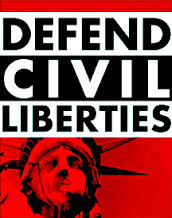 Reps. Justin Amash, John Conyers, Jr., Thomas Massie, Mick Mulvaney, and Jared Polis are proposing an amendment that would curtail funding for the implementation of orders under Section 215 of the PATRIOT Act unless the order is expliticly limited in scope.

This Order limits the collection of any tangible things (including telephone numbers dialed, telephone numbers of incoming calls, and the duration of calls) that may be authorized to be collected pursuant to this Order to those tangible things that pertain to a person who is the subject of an investigation described in section 501 of the Foreign Intelligence Surveillance Act of 1978 (50 U.S.C. 1861).

The current legal standard under Section 215 of the PATRIOT Act is that records obtained through this authority must be “relevant” to an “authorized investigation,” and for years the government has used a secret legal interpretation of this law to collect records in bulk on millions of Americans that are not subject to a particular investigation at all. This is the legal authority cited in the recently-revealed Verizon court order, in which the Foreign Intelligence Surveillance Court directed Verizon to provide “on an ongoing daily basis” all call records for any call “wholly within the United States, including local telephone calls” and any call made “between the United States and abroad.”

Tomorrow’s vote brings together a broad coalition of Representatives who believe that this type of bulk collection of Americans’ communications records is contrary to the Fourth Amendment and must be stopped. Passage of the Amash amendment would send a clear message to the NSA and other intelligence agencies that the heyday of unchecked dragnet surveillance is coming to at an end.

Even as the Amash/Conyers Amendment is gaining momentum, some are rallying around a decoy amendment that would do nothing to rein in domestic surveillance. That amendment, championed by Rep. Nugent (R-FL), would not alter in any way the government’s use of Section 215 to obtain bulk communications records on millions of Americans. EFF is urging Representatives to oppose the Nugent Amendment.

Activists are already mobilizing support for the Amash amendment. Overnight, they’ve created a website—http://defundthensa.com—that calls on Representatives to support the Amash amendment. Because there are less than 24 hours before the vote, there is no time to send emails. If you want your Representative to support this amendment, you must call (or tweet) rather than email. Defund the NSA provides phone numbers as well a simple suggested script. See their privacy policy.

While this amendment, alone, doesn’t rein in the NSA’s domestic spying program, it’s an important step. EFF thinks this is a pivotal moment in the fight against unconstitutional surveillance, and we’re asking our friends and members to call their members of Congress today.

← Gen. Dempsey: Syria No-Fly Zone an ‘Act of War,’ Would Cost Billions
The Seeds of Rebellion Are Taking Root →