Justin Carter met the american police state in Texas, then he was tortured.

William Boardman  Sunday 14 July 2013  Nation of Change.org
On the Fourth of July – Independence Day – The Journal ran a freedom-oriented story with a headline that began: “Teen Jailed for Facebook Posting….”

In Texas last winter, a working 18-year-old was jailed, and is still being held on $500,000 bail, because a Canadian woman reported a single, frivolous Facebook post that he had marked “LOL” (laughing out loud) and “jk” (just kidding).  Ignoring those cues, local police went ahead and charged him with “terroristic threatening” — really?  That is darkly humorous even in post-terrified America.
The Journal didn’t frame the story as a First Amendment travesty, however, even though by any rational measure, a Facebook posting is speech and the Journal, like most of the rest of us, has a thing about free speech sometimes.
In all too typical mass media fashion, the Journal framed the story with an irrelevant, sensationalist, semi-hysterical reference to the real shooting of real kids half a continent away, two months earlier, in a school in Newtown, Connecticut. The Journal omitted the possibility that Justin Carter was hardly aware of Newtown, but maybe that’s more dark humor.
Maybe He Was Unaware of the News, or Maybe He Was Referring to Syria
“Justin was the kind of kid who didn’t read the newspaper. He didn’t watch television. He wasn’t aware of current events. These kids, they don’t realize what they’re doing. They don’t understand the implications. They don’t understand public space,” his father, Jack Carter, told KVUE-TV in Austin on June 24.  This was the first significant news coverage of the case, which has now gone national.
To be fair to the Journal in its unfair framing and lazy journalism, the Austin Police bought into the “Newtown Massacre” framing from the start, not bothering, apparently, to investigate whether that panic-reaction had any basis in Justin Carter’s reality. Or maybe the Austin police were being darkly humorous, too, since they didn’t bother to interview their “terrorist” suspect for a month. The New Braunfels police waited about the same length of time to search his apartment, where they reportedly found no weapons or any other incriminating evidence.
This sorry story of law enforcement over-reaction and incompetence began innocently enough in February 2013, when Carter and a friend, as they often did, were playing an online video game called “League of Legends.” The game involves other online players interacting in real time.  It is in the nature of the game, apparently, to talk trash to anyone involved, including strangers.
One Person’s Trash Talk Turns Out to Be Terrorist Threatening in Texas
This time the trash talk spilled over onto Facebook, where someone apparently called Carter crazy or said he was “messed up in the head.” Carter’s mother. Jennifer Carter talked about the event to the website freetoplay.tv on June 29:
“February 13th was when he was playing League of Legends and I’m not sure, and no one seems to be sure, why it spilled over into Facebook, but it did. There were a few people involved in this argument and there was some post made on the site while they were playing and so when he was on Facebook the person whose Facebook page it was said ‘Well you’re f****d in the head and crazy.’ And Justin, if you knew my son, is incredibly sarcastic.
“He has a very sarcastic, dark sense of humor and he unfortunately said the equivalent of ‘Oh yeah I’m so messed in the head I’m going to go kill a kindergarten and eat their hearts.’ Immediately after his statement he posted ‘lol’ and ‘j/k’ and the argument continued from there, but the only evidence we have from the DA’s office is a screen capture of his statement and the previous statement. Just Justin’s and the previous statement.”
Lynching Is Easier with Limited Evidence and No Context
The nature of that online exchange is all there is to this case. Facebook has removed the full exchange from public view. The police and prosecutor have chosen to cherry-pick the exchange in their court filings, omitting any context and perhaps part of the post itself.
As CNN reported it: “According to court documents, Justin wrote ‘I’m f—ed in the head alright. I think I’ma (sic) shoot up a kindergarten and watch the blood of the innocent rain down and eat the beating heart of one of them.’ ”
None of this would have mattered any more that the billions of other Facebook posts except that a Canadian woman, self-described as a “concerned citizen,” launched into vigilante mode and discovered that there was apparently an elementary school close to an address in Austin where Carter once might have lived.  So she called the Austin police and made her accusation.
At the time, Carter was 18, working in San Antonio, and living in with a roommate in New Braunfels.
The Authorities Arrested Him at Work, then Acted as if it Was All Over

“The next day, February 14th, he (Justin) went to work,” his mother explained. “The Sheriffs came to his job and arrested him. Then he was transported from San Antonio to Austin because the woman in Canada found his father’s address where he used to live which is 100 yards from an elementary school. At that point, he sat in jail and bond set at $250,000. His father and I don’t have that kind of money. We thought honestly that yeah that was a pretty bad thing that he said and we can see why they would be concerned after the shooting in Newtown happened a couple months before. So ya everyone was on edge.”

Not unreasonably, Carter’s parents expected the police to question him, investigate, figure out that their son had a smart mouth, but wasn’t a threat to anyone.
“We thought that once the police talked to him, which we thought would be that day, they would understand it was a stupid comment that he made, a dumb joke, and once they searched his home they would see there were no weapons and he wasn’t a threat.”
Why Would Anyone Expect Police to be Conscientious or Thoughtful?
Instead the police did nothing.  The prosecutor did nothing.  No one in the government did anything, except let an18 year old kid sit in jail where he was frequently attacked by other prisoners.
There was only one exception to the state doing nothing according to Jennifer Carter: “They went to his father’s house [in Austin] a week after he was arrested and asked did Justin live here which his father said no, and they asked if he had any guns or permits for guns which Justin’s father said no and that was it.”
No one questioned Justin Carter at all for almost a month.  He remained in jail, essentially ignored, and no one explained why.  His parents advised him not to talk to the police without an attorney present, but he ignored that advice. Eventually, according to Jennifer Carter:
“On March 13th he was questioned by the detectives and he thought best thing for him to do would be to tell the truth. He told them that yes he made the statement and it was a joke and I feel terrible. It was taken badly and I’m sorry for scaring people I didn’t mean to. I didn’t think people would see it or that anyone would be afraid of it. He told them that he did not live in Austin that he lived in New Braunfels and that was it.”
Waiting a Month for a Search Warrant – Standard Police Practice? 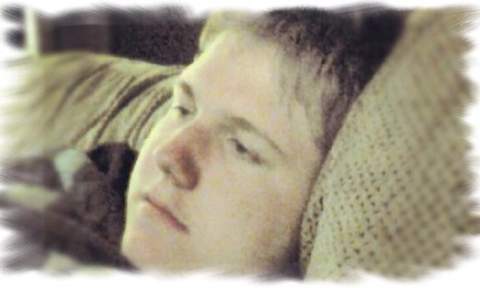 Donate
By Rise Up TimesPublished On: July 17th, 20131 Comment