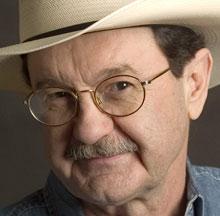 “We the People have now learned that all three branches of government have furtively conspired for seven years to violate our privacy—so, no, we don’t trust any of them.”

It’s back. The Patriot Act — that grotesque, ever-mutating, hydra-headed monstrosity from the Bush-Cheney Little Shop of Horrors — has risen again, this time with an added twist of Orwellian intrusiveness from the Obamacans.

Since 2006, Team Bush, and then Team Obama, have allowed the little-known, hugely powerful National Security Agency to run a daily dragnet through your and my phone calls — all on the hush-hush, of course, not informing us spyees. Now exposed, leaders of both parties are piously pointing to the Patriot Act, saying that it legalized this wholesale, everyday invasion of our privacy, so we shouldn’t be surprised, much less upset by NSA’s surreptitious peek-a-boo program.
When the story broke, Obama quickly began dissembling, calling these massive and routine violations of the Fourth Amendment “modest encroachments on privacy” that are “worth us doing” to make us more secure. He added disingenuously that Congress is regularly briefed about the program. In fact, however, only a handful of members are briefed, and even they have been lied to by Obama’s director of national intelligence, James Clapper, who flatly denied in Senate testimony in March that NSA was gathering information on hundreds of millions of our citizens’ phone calls. Yet, Sen. Diane Feinstein, chairwoman of the intelligence committee, loyally defends spying on Americans, claiming it protects us from terrorists. But she then admitted she really doesn’t know how the mountains of data are being used. 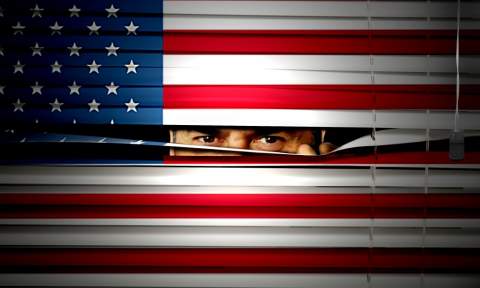 This is nothing but the “Great Bottomless Trust-Us Swamp,” created by the panicky passage and irresponsible reauthorization of the Patriot Act. Secretly seizing everyone’s phone records is, as the ACLU put it, “beyond Orwellian.” A New York Times editorial rightly says, “The administration has now lost all credibility on this issue.” But no administration can be trusted to restrain itself from abusing the unlimited power of the Patriot Act.
It’s not enough to fight NSA’s outrageously invasive spying on us — the Patriot Act itself is a shameful betrayal of America’s ideals, and it must be repealed.
When whistleblower Snowden literally blew the lid off NSA’s seven-year, super-snooper program of rummaging electronically through about a billion phone calls made every day by us average Americans, Al Gore tweeted: “Is it just me, or is secret blanket surveillance obscenely outrageous?” It’s definitely not just you, Al — this latest explosion of the Fourth Amendment is so mega-awful that authorities had to conjure up a new word for the process: Metadata mining.
Most shocking, however, is the tin-eared, who-cares reaction by both Republican and Democratic leaders to this outrageous meta-surveillance. For example, GOP Sen. Lindsey Graham blustered that, “It doesn’t bother me one bit that NSA has my number.” Hey, Lindsey, it’s not your number we’re worried about. It’s NSA’s collection of our entire country’s numbers. Then came Sen. Saxby Chambliss: “We have not had any citizen who has registered a complaint,” he blathered. Hello, Sen. Clueless: No one knew to complain since y’all kept the program secret from us! Remember?
Even more ridiculous was President Obama’s feeble effort to rationalize this spookery by declaring that Congress knew about it, as did a special spy court that routinely reviews and blesses it, so it’s all legit. In a perplexed voice, Obama added: “If people cant trust the executive branch, but also don’t trust Congress and don’t trust federal judges … then we’re going to have some problems here.”
Gosh sir, We the People have now learned that all three branches of government have furtively conspired for seven years to violate our privacy — so, no, we don’t trust any of them. And, yes, that is a biiiiiiig problem.
Copyright Creators.com

Donate
By Rise Up TimesPublished On: June 20th, 2013Comments Off on Jim Hightower> Repeal the Patriot Act