The HBO host has become a leading advocate of the view that Islam is uniquely violent and threatening. Does that hold up under critical scrutiny? 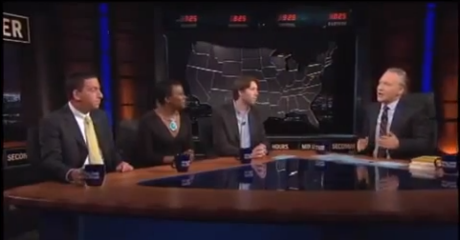 Last night I was on Bill Maher’s HBO show “Real Time”. There have always been numerous views of Maher’s with which I agree. But he has become one of the most vocal and extreme advocates of the view that – while religion generally should be criticized – Islam is a uniquely threatening and destructive force and that Muslims are uniquely oppressive and violent, and that mentality has infected many of his policy views (see here and here for some comprehensive background; just two weeks ago, he had a fairly typical outburst on this topic). When I was scheduled to do the show, I was hoping that the opportunity would arise to debate these views (or that I could create the opportunity), and last night it did.

The resulting exchange, which was somewhat contentious and sustained for a show like this, can be seen on the recorder below. The segment begins at the 4:45 mark and our specific exchange begins a couple of minutes after that (the first segment on this video is a debate on whether Benghazi is now a “scandal” in light of newly released documents). Our exchange ends up, I believe, capturing the crux of this debate – which is essentially similar to the one I had recently with Sam Harris and friends – rather well:[youtube=http://youtu.be/rvxpFrHUzso]

Donate
By Rise Up TimesPublished On: May 11th, 2013Comments Off on [Video] Glenn Greenwald> Debating Bill Maher on Muslims, Islam and US foreign policy